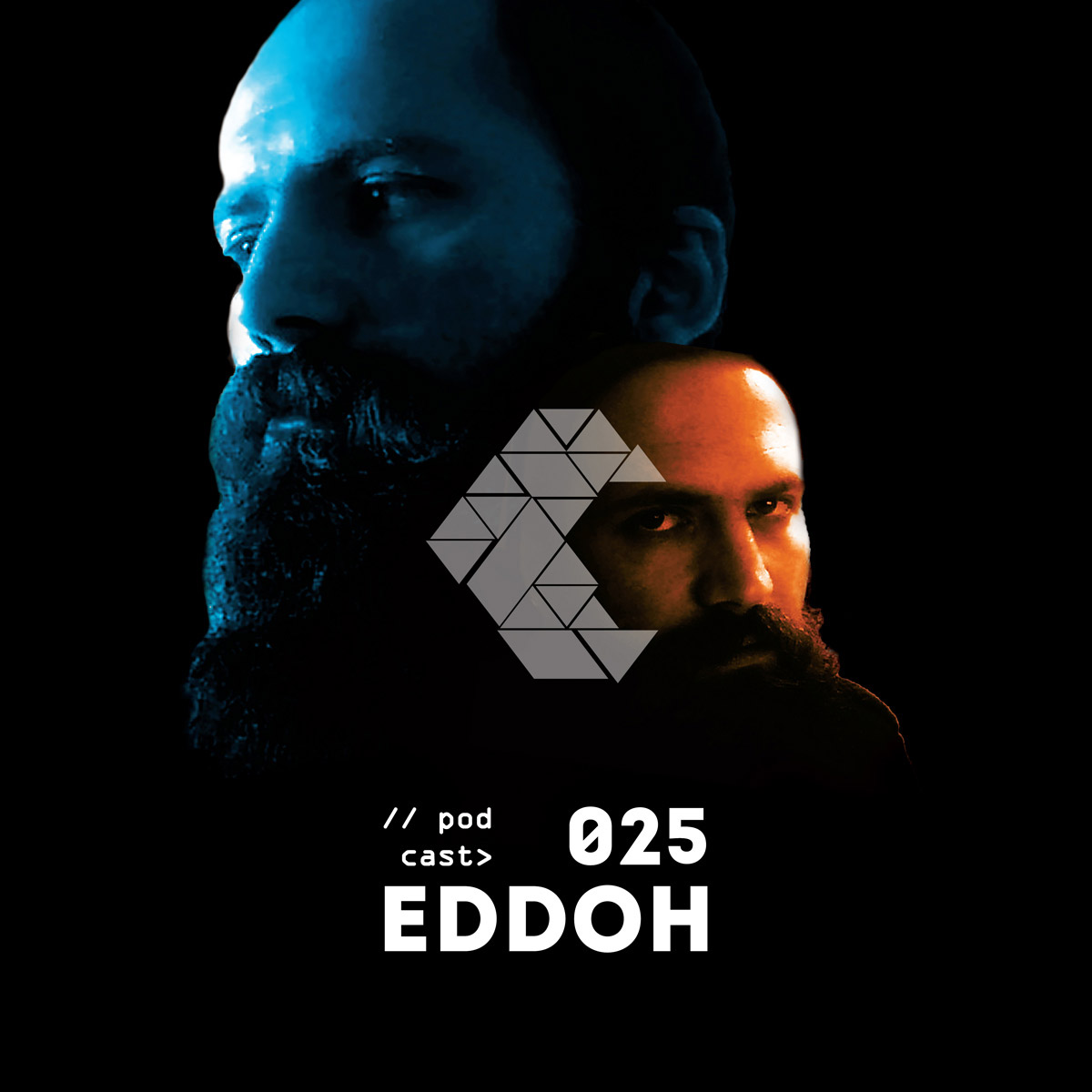 In the mid 00s Christos Mavridis made his first attempts on music production, gaining attention from the local DJs in Thessaloniki, Greece, where he used to live for many years. One among them is Anastasios Diolatzis – Ison, one of the main figures behind NON Aesthetics with who he still runs the Actor One project with releases on Get Physical, Kindisch Noir Music and With Compliments, and support from Laurent Garnier, Heidi, Oxia, Hot Since 820 …

In 2011 he left Greece in order to return to his birthplace Frankfurt am Main and continue his musical journey. Three years later he added a new project to his work, a personal one named Eddoh. The main idea behind the Eddoh project, is to present his own music identity as an evolving blend of House and Techno including influences from Disco and even Jazz.

Soon after this project was created, the first track came out on vinyl and after that his first EP. Releasing on Smile for a While records and House Is Ok labels, Christos’ evidence of work has shown progress: his Black Pearls EP, which includes two versions of remixes from Tuff City Kids is another proof of that.

Welcome Christos, how has 2017 treated you and what accomplishments are you most proud of so far?

Hello guys, thank you for having me. 2017 has been a great year for me so far. My EP ”Black Pearls” came out on Smile for a While records, with remixes from Tuff City Kids and I had some nice gigs in different places in Germany – Frankfurt and Berlin, and Thessaloniki in Greece.

It is no secret that you are considering the idea of moving from your birth town Frankfurt am Main to another German city – Hamburg. Why Hamburg?

I will move to Hamburg in the near future, because I like the city a lot. I’ve been travelling there many times in the past few years, I have family and friends there too. Of course, it’s a city with a port which is also another plus for me.

Taking a step back in time – you started your own project “Eddoh” in 2014 and the idea behind is not only to present your personal music identity but also to evolve from the typical house and techno “stereotype”. How do you manage to combine different styles of music within this project?

There is never only one way to combine sounds. I like jamming a lot with music, experimenting, trying new approaches and I’m not afraid of doing something that isn’t “catchy”. I’m not creating the most extraordinary music, I’m trying to have a style but without any experimenting my tracks would sound 90% the same.

Having in mind that you used to live in Greece for many years as well, what is the main difference between these two countries concerning the electronic music scene?

I think Greece has more outdoor events compared to Germany and the reason for that is of course the weather. Germany has more locations and events going on all over the year, but keep in mind that its around 8x times more crowded than Greece.

Greece is also known for Reworks Festival organized by the NON Aesthetics crew. How was your experience with this year’s edition?

Awesome! I have been almost every year there. I was happy to see Reworks growing and evolving since its beginning. I played on Saturday at 3 in the morning, the set has been recorded and you can also find it here.

Speaking of Greece, you are also involved in the “Actor One” project together with Anastasios Diolatzis – Ison. How are things going with this project?

This project is in quarantine at the moment, we still do music together, Ison and me, but we are concentrated on our personal projects for now.