TSC Behind The Decks | Blindfold Recordings 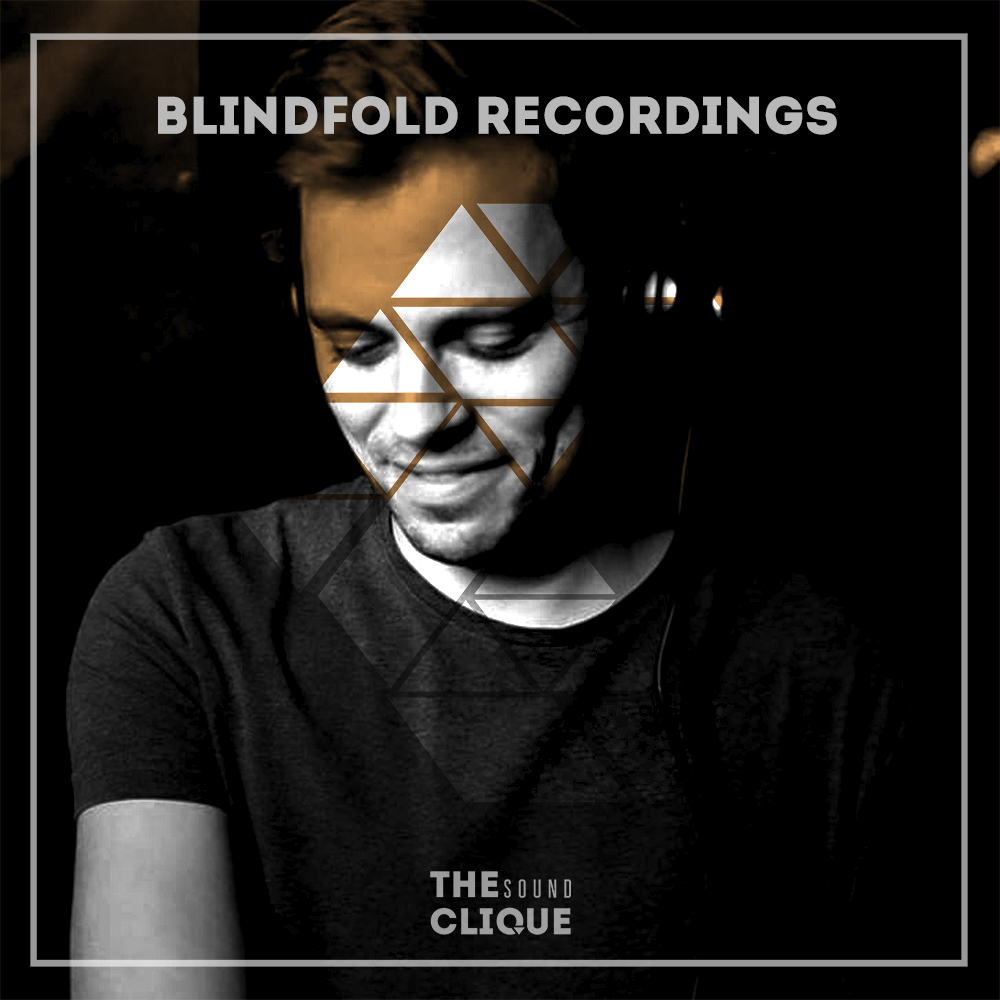 TSC Behind The Decks | Blindfold Recordings

Blindfold Recordings a Danish electronic music label described by its founders Jens Nørgaard and Pete Oak as ‘Blindfold Recordings is a love child between good friends and will in the near future be releasing music from both established and upcoming artists. Blindfold Recordings has a passion for good and original music, simple as that. We listen to music blindfolded. NO EYES ALL EARS!’. The label was founded 3 years ago by long time friends Pete and Jens. Pete- a big DJ name in the Danish music scene with successful releases and remixes on labels such as Stil Vor Talent, Toolroom, Sincopat, Eskimo Recordings, Steyoyoke etc. Jens, turned his passion for electronic music into more, when starting the label with Pete, and also his own DJ duo, together with Mikael, another native- Baime. We had a nice chat with Jens, before him and his Baime DJ duo take over for the first time the legendary main room of Culture Box- Black Box, as part of Blindfold Recordings label showcase, this Saturday.

Hello Jens and a pleasure to have you guys on our interview series. Tell us a bit about your background and how Blindfold Recordings came about? What was the key drive that inspired you to launch your very own label? Has the concept and goals of the label changed in any way since its inception?

Hey guys, and thanks for having us! I was living in England studying music management and ended up moving back to the north of Jutland in Denmark after finishing. I became friends with a lot of the local DJs and promoters. I ended up playing at one of their parties where the premise was B2B all night with only local acts (FUCK DIG! VI’ FRA AALBORG AF). So I was introduced to Pete back then before he had any of his successful releases. Soon after I moved to Copenhagen and he had his first major break through. He ended up crashing on my couch in Copenhagen many times and we always clicked quite well musically and would talk about music and the industry a lot. On a night out in Copenhagen he asked me if I wanted to help him set up a record label.

Music has always been a part of me. As long as I can remember I have been passionate about music. As I kid recorded music to cassette tapes from the radio listening to D’Store Mix on the radio station P3 and before that recording Music videos from MTV and VIVA onto VHS tapes. Once Internet radio and podcasts came about I was all over Pete Tong and his essential selection. So for me it was mostly about listening and exploring new music. I started DJing early on around the age of 14 in the local youth club learning the ropes from the older kids. Production didn’t come until I was in the beginning of my 20s. I used to send my early drafts to Noir and Sivesgaard for feedback. Then I’d go down to Club Vesteraa and listen to Noir and all the other resident DJs back then. I’d come in early to catch the warm-up and get updates on the latest tracks and peek at what techniques they were using.

Starting a label has always been something I wanted to do, but I was maybe a bit too scared to do it on my own. Pete was great in this regard, pushing me out of my comfort zone and making me take the plunge. Both Pete and I wanted our own output and to be able to work with other artists. The label is a bit of a playground and by no means something we get rich from doing, so it really has to be about passion. I didn’t know what to expect starting out but knew that we would have a long journey before we would have any form of impact out there. Our concept is the same as when we started out and goes back to our ethos “no eyes all ears” but our goals get bigger as the family grows.

Being an artist vs. being a label owner and party promoter are 3 completely different things. How is it to run a label in Denmark, where the scene is smaller? What are the biggest lessons you have learned over the past 3 years since launching Blindfold Recordings?

I don’t think that running a label in Denmark is different to that many other countries around the world. As long as there is Internet and you have a laptop all is good to go. The music business is more digital now and this means that there are fewer boundaries to collaborate. We have released artists from USA, India, Egypt, Germany, South Africa, England to name a few. We haven’t actually worked with that many Danish artists and it is something we would like to change – shoot us a demo, will you please? One of the main things we have learnt is probably that it takes a lot more effort to find good music and shape a release than people think – as least if you want to do it right? 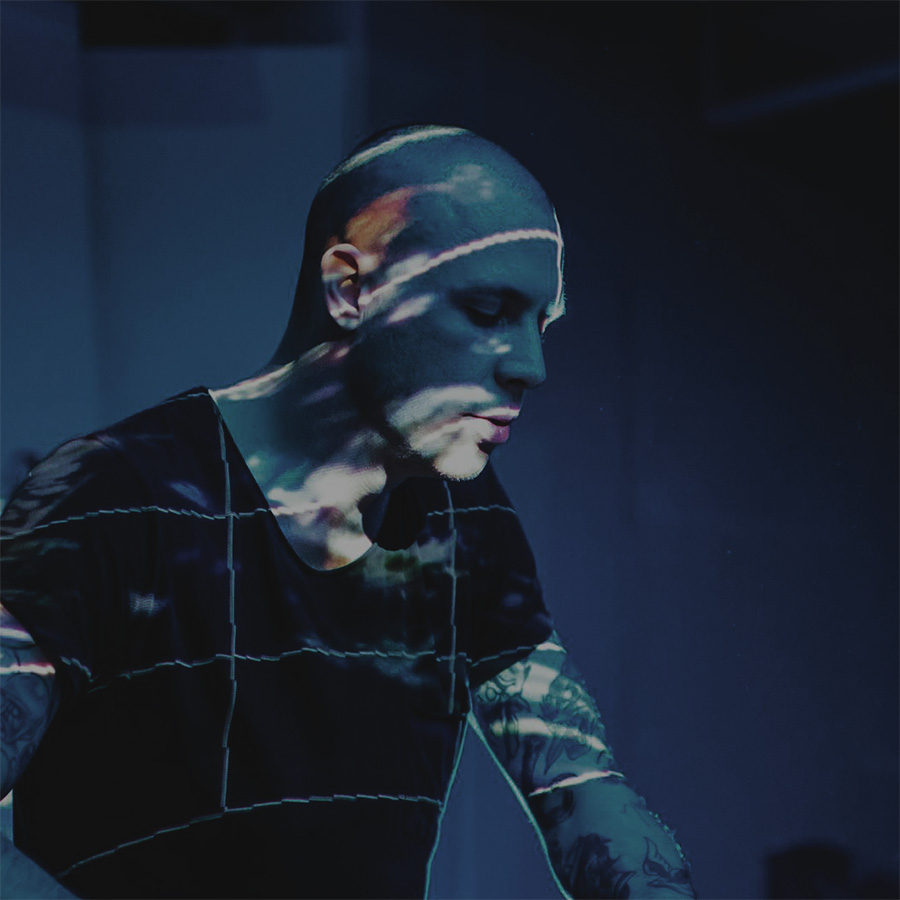 When releasing obviously the artist’s work has to fit the label’s sound. But moreover, how do you decide to release a particular artists, and is there specific you are looking?

We always start with listening to the demo and discussing if we like it. A good track is not measured in Facebook likes and a great track can easily be sitting on Soundcloud for a year with only 100 plays. Our aim is to help artists get their music out without interfering too much with the artistic expression but rather amplify it. We try to only comment on the technical side of the music and come with assistance where possible. Some demos you just laugh at because they were never meant for you. Disco, Future House and Dubstep demos also hit our demo inbox – someone must have found our e-mail and added it to a mailchimp service. Personal e-mails are always read more carefully than the typical “here is my latest demo, please listen and sign it if you like – bye”. To be honest I think most of the demos we sign are because of a personal relation to them. Pete has met a lot them touring and others are simply because we like their sound.

As a DJ, but also as a raver, what is your comment on your native electronic music scene in Denmark, compared to that in other parts of Europe, and the World? Although not known as a clubbing destination, what do you think are the strong points of the Danish clubbing scene?

I think that Denmark is very exciting place to be right now. So much talent around and they are finally getting heard out there in the big world of dance music. Most of the upcoming artists that are making a name these days impress me a lot. Denis Horvat with his analogue based synth techno releasing on AEON and Innervisions, Nandu and his organic and complex soundscapes being supported by a lot of tastemakers and finally Courtesy with her badass DJ sets (Who else do you know from Denmark that has been booked for Berghain more than once?).

I might be biased towards events as I live with a member of CPH Deep but I really think there are a lot of cool events. The main difference is that it is not happening in the clubs. Underground parties such as IG60, Fast Forward and the 48 hours raves by Et Andet Sted are very popular. Would probably name them as some of the best parties I have been to in a long time. Great setups and enthusiasm from the promoters putting on local talent and most of the parties are packed. If you haven’t been you have been missing out big time.

The end of 2016 saw some success for the label in the form of Stil & Bense’s Sub Sure EP. How are you aiming to move forward and build upon this success in 2017?

2016 has been our best year to date but then again we have only been releasing music for two years. We always strive to become better so hopefully that comes out through the music we release. Great music and interesting artists is our main goal here for 2017. There are quite a few releases lined up, among them a mini VA with some rather well known artists and a few underground producers – can’t say more yet, I’m afraid.

Next up is a dual EP with D’Phault and Von Ekko – both from South Africa. Dre (D’Phault) has released with us before and will return with a beautiful vocal track featuring Kieran Fowkes. You probably know Kieran from his work with Just Her on “Let Myself Go”. If you don’t yet, do yourself that favour. Von Ekko is quite the melodic genius but at the same time keep it simply. The promo for Klare Sights is already getting good feedback so we look forward to releasing it in March.

Saturday the 11th Culture Box has given us the opportunity to showcase music. Rafael Cerato is flying in from France and I will be playing with Mikael Melander as well under our Baime alias.