TSC Behind The Decks | Conka 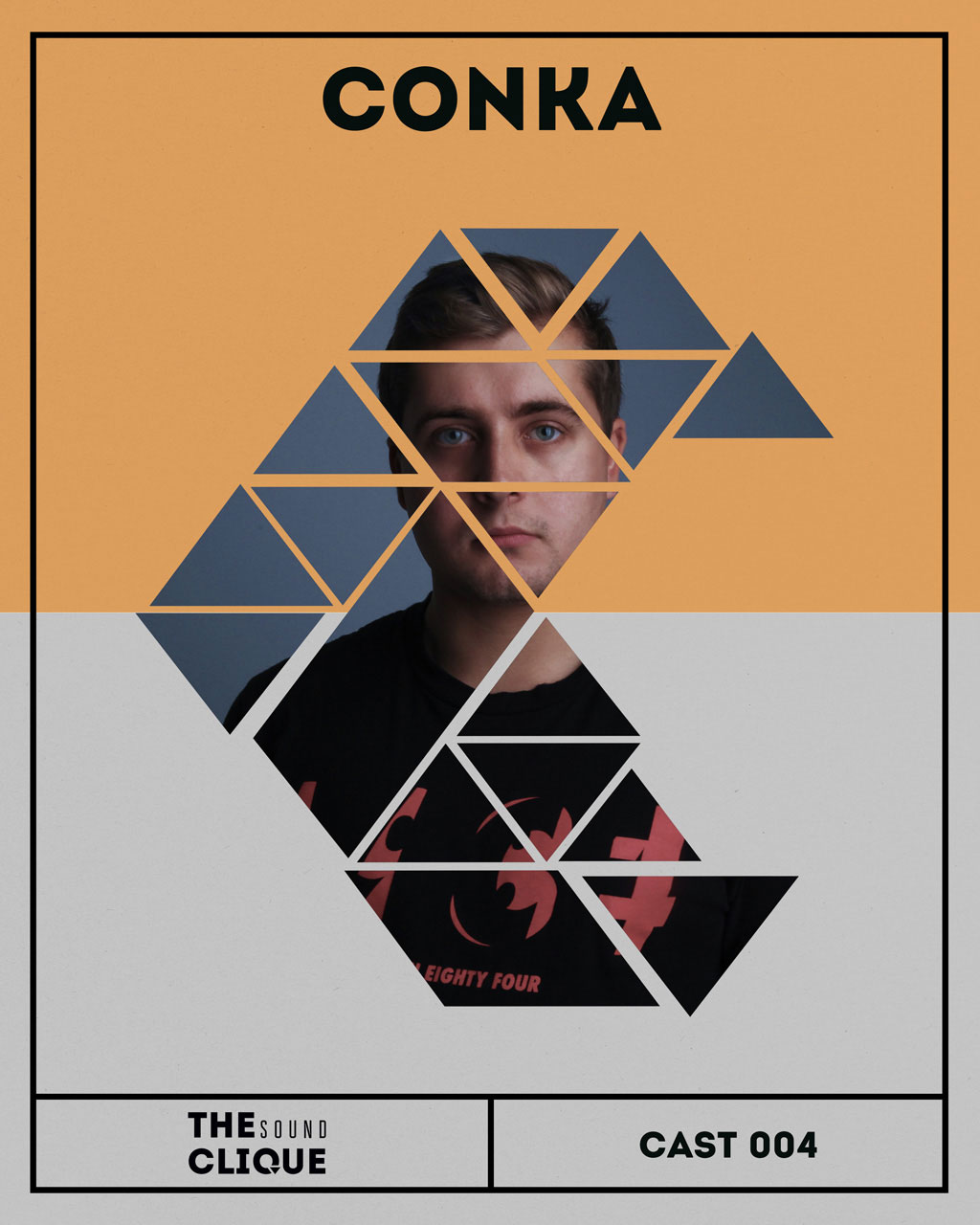 TSC Behind The Decks | Conka

TSC Behind The Decks 006 presents Conka. We had had the pleasure to interview the Southampton based DJ and rising UK talent about his favorite DJs and musicians, his first attemps in music, his DJ setup and more. Read the full interview below.

Conka, who was your first favourite DJ back then and who is your current favourite? Has your perception and taste for electronic music changed over the years?
I never really had a favourite DJ when I started listening to electronic music. Nowadays, I’d say Detroit Swindle are my favourite DJs. I saw them at Junk in 2014 and they switched from house to techno to disco with ease, they blew my mind! As for taste, when I started to listening to electronic music it went from Dubstep and Drum and Bass to that Bass House/Jackin’ House sound. In the past two years though, my taste has progressed into Tech House and Techno, which I absolutely love.

What were your first attempts in music like? Did you start with spinning or producing music?
They were awful to be quite honest. I started DJing when I was about 14. I started with virtual DJ on my laptop (don’t judge me!), then bought a MIDI controller and then finally some technics. I never used CDJ’s until I played my first set in a club.

Conka, what kind of setup do you use when performing on stage and why?
Mainly just two Pioneer CDJ 2000’s with ideally a DJM 900. I don’t really see the point in using laptops and software like Traktor and Serato when DJ’s play out (unless you’re playing on old decks). The newer decks are so good nowadays that it’s just like having Traktor or Serato on them.

How do you start a new track? Do you always follow a specific pattern or you just go with the flow?
I always start with the drums. I think it’s important to have a solid groove going before anything else. After that, I’d usually start designing synth patches or writing melody lines. Then just let everything flow together.

What equipment do you use for music production? Are there any interesting techniques that you apply to your production?
I use Ableton Live 9, and mainly use hardware. My studio set up consists of a Roland TR-8, TB-3 and TR-505. A Korg MS-20 Mini and a Korg EMX-1. I mainly go for an old analogue sound, so I use a lot of analogue emulations in my productions.

If you could describe yourself and your music style with one song, what song would you pick?
That’s a hard one! It would definitely have to be Dubspeeka – Primary K272. It’s the perfect mix of large basslines, suspense and melodies.

Which musicians or DJs inspire you?
Kraftwerk hands down. They’re pioneers of electronic music and I learnt a lot of production techniques from listening to them.

Are there any shocking or funny situations you encountered during a gig you played at?
Yeah, I once supported Martin Ikin at Sound System and I was on after him, and on his last song I went to put my USB into the CDJ and accidentally turned his last song off. It wasn’t fun getting a bollocking from the MC in front of a packed club, haha.

A few weeks ago you played at Room 2 in Junk for HOUSE JACKIN. How did you program your set? Did you have any tracks that you really wanted to play?
I never really plan my set, I’ve never understood why some DJ’s spend weeks planning their sets and practising them constantly. What if the crowd is not feeling what you’re playing and you’ve only got those songs with you? You’re fucked. Anyway, I managed to test two of my unreleased tracks out, first was “Motor City Dreams” which was recently aired on BBC introducing and the other one was my remix of Paruballar’s “Watching You” which is actually forthcoming on Vacant Recordings, HOUSE JACKIN.’s sister label.

What can we expect from Conka in 2016?
I’m playing for the High Tide guys on the 4th of June for the first Garden Party of the summer which I’m really excited about! I’ve got an acid based E.P and a remix coming out on Vacant Recordings, and a remix for Taro Records coming out soon, all three of those tracks are in the podcast. I’m also playing for the eatmybeat guys in London on the 1st of July at the Shelter Club in Hoxton for the Bonus Snacks Volume 1 release party. It’s going to be fun. I’ve also got a EP coming out on Det Sync which will be more 110bpm+ based electronic music.