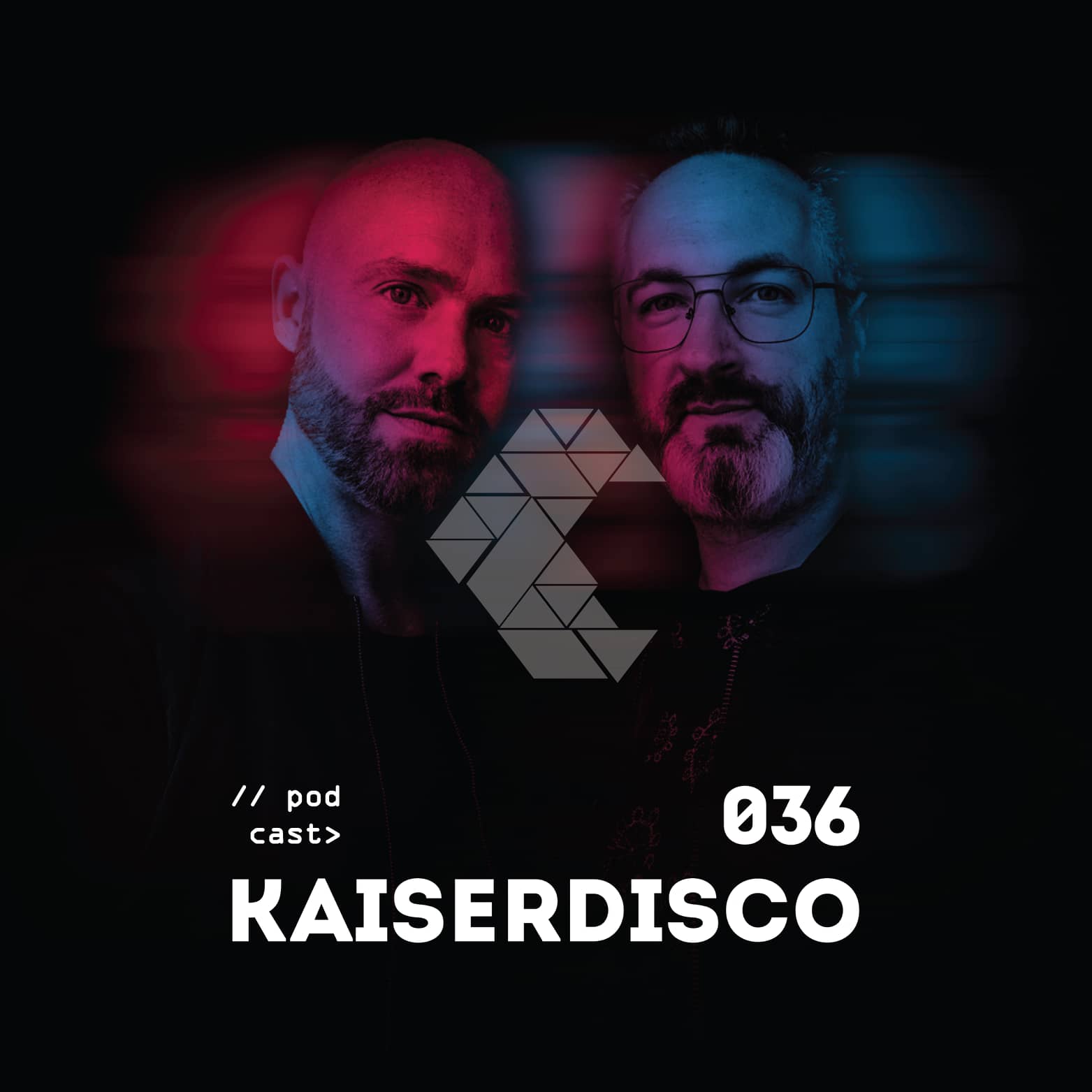 Frederic Berger and Patrick Buck known to the world also as Kaiserdisco, have rocked the right clubs, remixed the acts that matter, put their names in bold across festival marquees, retained the highest quality and made a name for themselves worldwide. The Hamburg duo have enveloped the dancefloor in their own resilient way since joining forces in 2008. Blessing the back catalogues of Drumcode, Suara, Snatch and Get Physical meant the unveiling of their own “KD Music / KD Raw”, always a long-term goal for the pair, was a natural knock-on effect. They may have been quoted with tongue only partially in cheek by running a label with a “we produce it, and if we like it, we release it” ethos.

Kaiserdisco are releasing their latest EP ‘Form / Figure on their own label KD Raw on 31st of August. We had a chat with the Frederic and Patrick, who also graced us with an exclusive 1 hour, Live Kaiserdisco DJ set (listen here).

Hello guys, nice having you! Let’s start with a question about your production. Do you have a certain sound in mind when you start each production? What influences your sound?
Generally we get a lot of inspiration from what we do during the weekend when are travelling. It can be maybe be a track in a club, a rhythm, sound on the street or a conversation in a foreign language. We record it with our iPhones and try to recreate the idea when we are back in the studio. Sometimes it works and sometimes not!

What is the coolest gig you have played in 2018 and why?
Bolivia was a real adventure for us as we had some physical problems in the beginning cause the city is so high in the mountains. We had to get used to the high altitude, which worked in the end with the help of the nice Koka tea they give you. The Bolivianos are super friendly people, and it was a real pleasure to play there!

Tell us something people don’t know about you?
Frederic- My parents wanted me to get a proper job before I started as a DJ. So I was a trainee at a big 4 star hotel in Hamburg. I started to go grey at a very young age, and it started when I worked at the hotel. During the 3 years I worked there I dyed my hair so many times, I had it red, bleach blonde and then black and brown, including my beard. I don’t think the manager was too impressed!

Patrick- After school I went to university in Hamburg to study law. I knew very soon that it was not for me. At that time I was still living in my parents house, so I left every morning, took the car to go to the university, but very often I never reached it, because on my way I decided to change the route to the Baltic sea instead. Fortunately, I already started to produce music at the same time, met an already established producer and my music career started, so I could quit studying after a year.

Do you have any forthcoming gigs your fans should be on the lookout for the rest of the year?
We recently joined The Bullitt Agency for North America and after a longer break, we’ll finally be back in the USA end of the year, so really looking forward to it.

You are a DJ duo and almost always playing together, so how do you prepare your sets? Do you sort the tracks in an order or you just play?
Frederic makes a smaller selection of the interesting promos we got during the week and than we check them together in our studio before the weekend and decide which fits best. We then make a folder with the newest tracks, mix them together with some tracks from the weeks before, maybe some classics and our own tracks we want to test and that’s it.
We never make a running order for the club, we play our intro track “Varth” and then we try to read the audience and play the tracks we think the people will like as well.

Form / Figure EP is out on the 31st August on Kaiserdisco’s KD Raw label, and is now available on pre-order here.