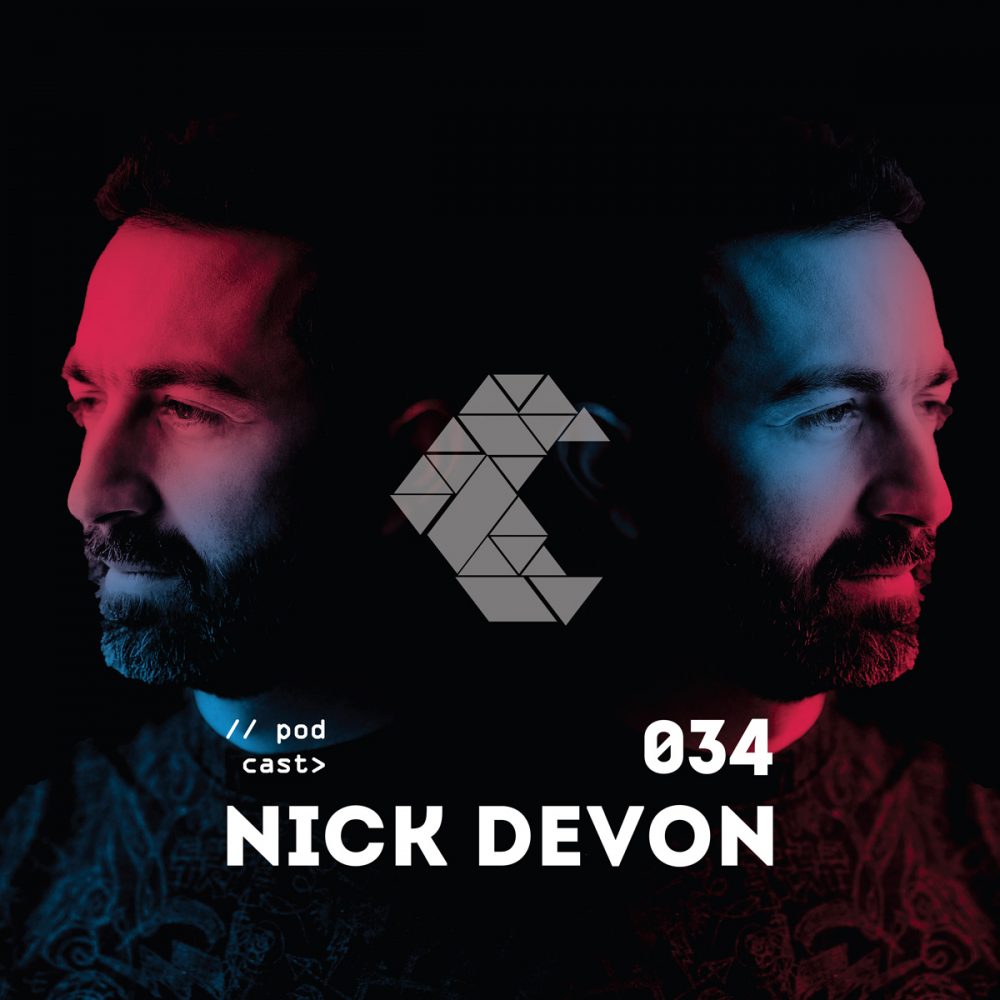 Nick Devon, aka Nikos Chrysoulakis, is an Athens based DJ/Producer whose involvement with electronic music has spanned more than two decades. His musical journey commenced at 16, when he started experimenting with toy pianos and pretty much anything that could produce notes. Nick Devon was playing his father’s vinyls and from there quickly advanced to DJing and producing.

Initially producing drum & bass as well as trance, he later transitioned his sound, gravitating more towards electronica and techno. Hence his ability to unite a plethora of elements and genres throughout his current productions. His dark and trippy melodic sounds are distinctive, forged through a combination of digital, analogue and physical instruments sourced within in his own studio. As a former vinyl DJ, Nick is also an avid record collector and to this day, spins plenty of old and new records. He enjoys embellishing his vinyl love by including them in his gigs and sets where ever possible.

In 2010 Nick Devon officially launched his solo project and from this point forward, Nick started producing sounds and music that shook the dance floor, yet bestowed captivating melodies and emotional soundscapes, allowing people to create their own story within his productions. Ever since, Nick’s career swiftly evolved and with all of his productions released on Steyoyoke Recordings, it clearly affirmed why today, he is considered a core member of this Berlin-based collective.

Our pleasure to have you featured, Nikos! Your solo project was launched in 2010 and today, you are recognizable as one of the most successful names from Greece worldwide. Where were you based back then and what made you do it?

Indeed my solo project as Nick Devon started in 2010. However, I have been in the electronic scene since 1998 producing Trance and Drum & Bass under different alias names. Techno had been always in my heart and since I like to push my boundaries and experiment a lot with sounds and music, I decided to bring “Nick Devon” to life and follow this path.

We are aware that your very first attempts in experimenting with music happened when you were only 16 years old. Can you tell us what was different back then and what exactly made you decide to become an artist?

24 years ago (that was when I was 16) things in music were totally different than today. Of course there was the commercial, radio music and the most popular tracks but there was definitely a strong underground scene. I had the baptism of my electronic music experience when a friend of mine told me to follow him at a “Secret party where they play awesome music”. These were his words and he was right. It was a life changing experience for me to attend to a party like this. This thing made me follow electronic music and never look back. Back then everything was pure, unique, new and fresh. People were eager to find out about new music through clubs and DJs. They didn’t care if it was Techno or Breakbeat or Hardcore or Rave or Trance. You could listen all these genres in a single party from different DJs and still have the feeling of a complete experience… something that you find today only if you attend a festival. After attending several festivals and parties, I felt the need to produce my own sound, to express my own ideas through music. I had a dream to play alongside these DJs and have a crowd to dance to my music.

How would you describe the process of finding your own sound and whose influences have been present during that process?

I think it is a trip with no destination but with an incredible route. I don’t think you can ever say you found your sound. With our aural spectrum and so much diversity in today’s electronic music, I think we can never say we “found” our sound. I haven’t found my sound but I experiment every year and I change and make this journey more fun and exciting. You can even say from my music that every year you can hear something different. A bit faster or a bit deeper… or more trancey or more techno, or less melodic or even more melodic. It all depends on my mood and my external influences.

Describe an ordinary day in the studio. How does the production process start for you and what are you working on at the moment? Moreover, do you have any planned studio upgrades?

Lately I’ve built a live jamming studio along with my recording and editing studio. I don’t have a specific way to produce a track, maybe turn on my computer and my synths and jam until something happens, either from small mistakes and accidents or even a godsend idea. I have been working on some cinematic techno and ambient techno tracks, as well as a side project to perform live acts with a hardware setup. It is a path I wanted to follow for years and I think I have everything I need now to make it happen.

Which are your favorite hardware and software weapons in the studio these days?

Favorite hardware at the moment is my Modular Rig with multiple filters, envelopes, effects and oscillators… I also love SOMA Lyra 8 because of its crazy organic pads and definitely my old Juno 6 and Roland SH-1. I think the last two are almost in every track I’ve lately produced.

Do you ever make mistakes during performances? If yes, how do you handle that?

Yes, of course, I do. The best reaction is no reaction. People don’t want to see you confused about a mistake you did. You just have to move on and frankly this is what it makes a DJ set alive. Listening to a totally flawless set can be awesome but don’t forget that we are humans and one brain can make mistakes (or two 🙂

Anything interesting that happened on tour that you think our readers would enjoy hearing about?

My latest tour was in India and I truly loved the people and their hospitality. I remember the day we took a taxi from the Airport of GOA to our hotel and the taxi driver was driving like a F1 Racer. A normal distance of one hour he did in 20 minutes through narrow roads and through bulls and cows. I think I really got scared for my life at that moment and, of course, there was no time and room in my mind for landscape photos to take back home 😀

If you could perform anywhere with any artists (dead or alive), where and who would that be and why? Moreover, if you had to choose 3 tracks to convey your particular musical spirit to the audience, which would they be?

I would love to play alongside John Digweed since he has been my hero for ages and has a constant quality of productions and DJ-sets. Here are my 3 tracks:

In recent years, Nick Devon, you also became an active member of the Berlin-based Steyoyoke family. Could you tell us what exactly is your role there? What qualities should one track possess in order to be released on Steyoyoke Recordings?

I started as a producer that made one remix for the label and month by month I became a core member with most of my productions under this label. I don’t have a specific role apart from releasing music. Sometimes I help the label boss with some cover arts and there are also times where I listen to demos and express my opinion prior to confirm a release. In order to be released on Steyoyoke, a track has to have a soul and musicality. It can variate from techno or deep house but also has to posses exceptional quality and great new ideas.

Since everyone was a start-up once, what would your advice be for new and aspiring artists? Furthermore, would you mind revealing some of your favorite new artists that we should follow?

Always choose the path you want to follow and focus, be persistent and don’t be afraid of falling down. Everyone learns from mistakes and everyone does mistakes. Be unique and special to yourself. Other people eventually will see your truth and follow you. One of my favorite new artist lately is Darko Milosevic. He has already released an EP for Steyoyoke Black and we are doing two tracks together. He is humble and excellent producer. I see a bright future for him.

What can the fans expect from you in the next year or so?

More music, more sound experimentation, more love and dedication in what I do and love doing the most.

And lastly Nick Devon, any shout-outs?

To all my fans out there, the ones I already met and the ones I am about to meet in the near future.