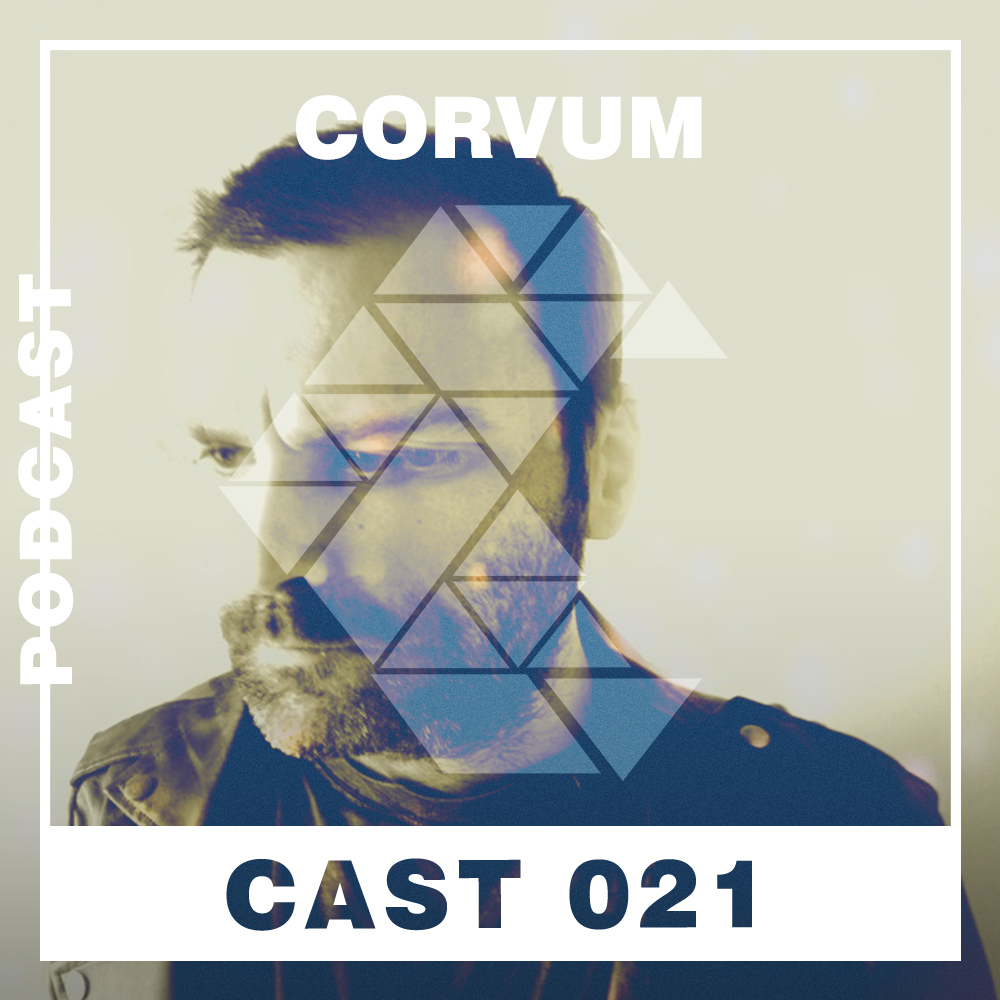 Corvum, is an aesthetic and artistic creation of the musician, DJ/producer and sound designer Dimitris Diamantis. Everything started for him in the early 90’s as an experimentation of various music genres, sounds, instruments, frequencies and auditory stimuli, combined and mixed under the principles of synthesis and the everlasting will of evolution until today. Music above everything, in a philosophical approach, as a dialogue between human and machines. As a producer and a DJ he became known as an artist who offers a particular and characteristic sound of deepness, darkness, and hypnotic mystical synergy. Has been supported, charted and played by some of the most important artists of the whole industry, already collaborating and releasing numerous works on labels such as ARTS, ATT Series, Faut Section, District 66, Concepts Of Time, Illegal Alien Records, Gynoid Audio, Analog Section, Subsist Records, Wunderblock Records and many more.

It is an honor to feature you Corvum! Can you tell us how did the process of selecting and compiling tracks for this particular guest mix start and was there something you wanted to convey through it?

First of all, thank you, I’m glad and it’s an honor to be your guest. This is an Autumn mix, it’s colder and darker, so I tried to create, as I always do, a certain atmosphere and I selected more deep, mental and hypnotic tracks through my latest favorites, friends, collaborations and respectful artists.

The approach of preparing a guest mix could be different compared to a regular club night behind the DJ booth. What is you comment on that when it comes to your personal track selection?

Of course, there is a difference. In the club my goal is to offer to the people a strong set to remember. There is always a deep connection between the crowd and the artist, so the set is created minute by minute because of what people want and need to have fan, dance and mind-trip. So the potential selection of tracks has to be friendly, powerful with intense sound and aggressive attitude. That’s the point, to make people have a good time during your set and with all of them to have a good time with yourself also. On a guest mix for a radio show or a podcast series, everything is totally different. It is not a less serious process and I always enjoy it as well. Here you are free to play everything you like, as you like, to be more artistic, more atmospheric, to use the electronic music out of the club mentality, to use electronic music, simple just as music.

In one of your interviews you revealed that you feel like you are born musician/composer and that the electronic element is the secret ingredient you possess. Could you imagine yourself composing something completely different if for example, electronic music didn’t exist at all?

Yes, it is a true story that I was born musician and composer since I remember myself as a little boy. And yes the electronic element has changed everything for me in a way of creation. I can’t imagine myself without the pleasure of music creation. Since today I’ve made electronic music and I still do, under the established principles of classical origins and education, based under the principles of synthesis and the rational explanation of the term composer. If electronic music didn’t exist at all I believe I would be a classical composer trying to integrate the philosophy of electronic mode arrangement and performance in the orchestra.

You left your homeland Greece in order to continue your music studies in Austria and Italy. How was that helpful in the whole process of expanding who you are as a musician?

”Scientia potentia est” (knowledge is power). Very helpful, not only as a musician, but also as a person. Education is a gift and I feel blessed that I’ve gotten much and expanded on that. Even if a lot of people out there, believe that there is no reason for someone being educated for making electronic music, on the contrary, indeed, you can easily understand, by listening to numerous producers, who is and who is not a musician. Beyond that, what is more logical for someone to have the knowledge of music if wants to became a musician?

What was different back then in terms of your own taste, influence and inspiration?

How was the project Corvum born and when exactly did you feel the need to give life to your other project Thus Ended?

I created Corvum in the early 90’s when I felt the need to give life, name and soul to my musical alter ego, when I felt the need to create my own music, to create my own sound, to create my own stamp. In the begging it was more an experimentation process between different genres and styles, with analog gear and physical instruments, voices, noises, non professional – bad productions and really bad tape recordings. Then the computers and first DAW’s came and the revolution of digital era begun. Those days I created my first unreleased material, 4 full length albums. After all Corvum started to professionally create and produce music step by step, day by day, year by year until today, trying to be always better and offers the best. Thus Ended was created because I felt the need of another alias with whom I wanted to give something deeper and more into proper music, something that I’m finally doing successfully as Corvum in the past years.

Which analogue/digital gear are you currently using? Furthermore, has the idea of a live performance ever crossed your mind?

As a musician the idea of a live performance is something that I really want to do in the future. At the moment I have to work a lot on my productions that I really don’t have enough time to prepare such a serious project. About analog or digital gear, I like, use or prefer, I always say: above all, the most important weapon that exists is Ableton live.

What exactly are you working on at this moment and what else do you have in store except for your upcoming EP Those Who Have Fallen?

I’m making music every day, some days more and other days less, but I’m working every single day. I have some upcoming collaborations, a lot of remixes but also many personal projects. Apart ”Those Who Have Fallen EP” on ”Us & Them Records”, ”Experiment EP” is already out, which is a great collaboration with ”Toki Fuko” on ”ATT Series”. I also have upcoming confirmed releases on ”Analog Section”, ”Iwashi series”, ”Speaks Silence” and an appearance on ”District 66”. There is definitely more to come.

And lastly, what is your most significant musical achievement?

I’m still waiting for that, it is coming …