TSC Behind The Decks | James Zabiela 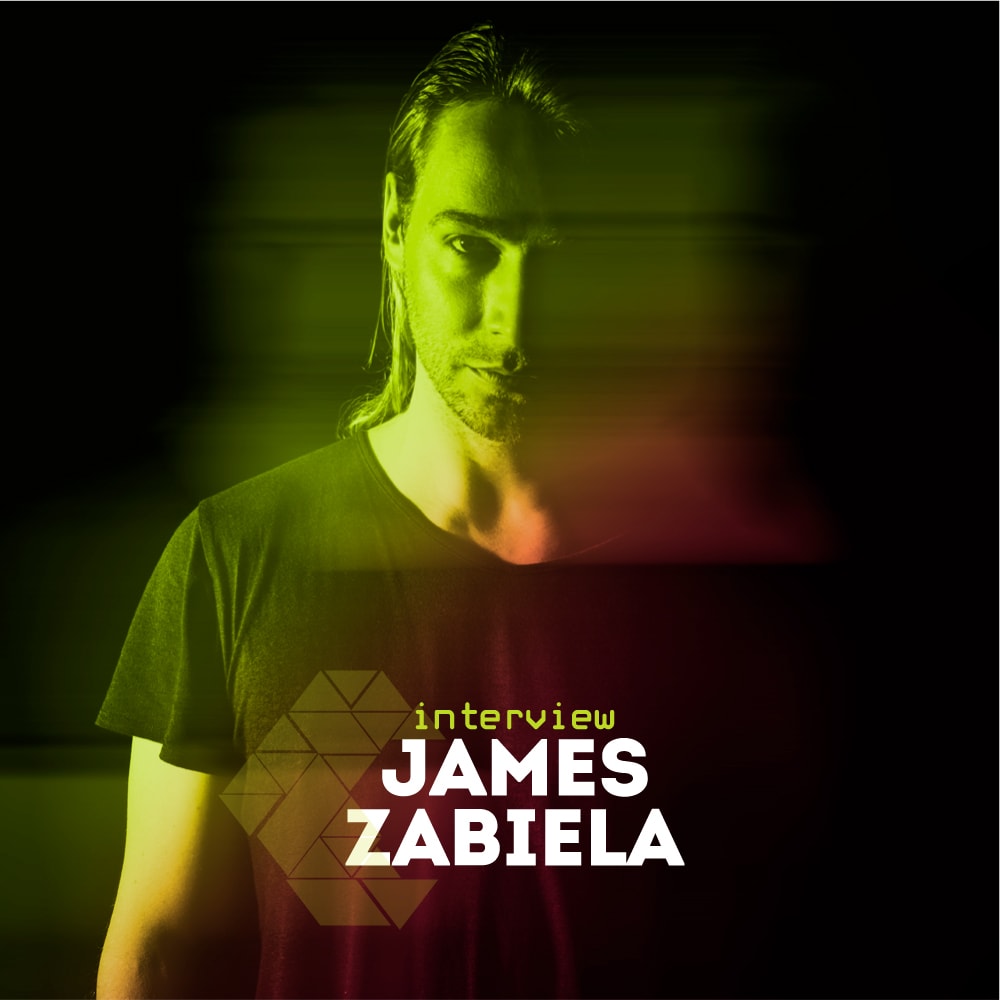 TSC Behind The Decks | James Zabiela

If ever there was a timeless DJ talent in electronic music, it’s James Zabiela. He’s one of the industry’s most colourful, varied and vibrant artists, constantly pushing technology to its limits, while his passion, preparation and dedication ensures no detail is left unchecked. Few others have turned the CDJ into a musical instrument like Zabiela has, his technical nous so pronounced that he has been a regular advisor to Pioneer on their products over the years, often taking prototypes out for test runs. But he’s no po-faced selector; the Brit’s exuberance and energy is legendary. He mixes records from right across the electronic gamut, his sets arcing between the cerebral and the fun. An imitable talent, his fanbase spans genres and generations.

The special nature of Zabiela’s talent was strikingly evident with Balance 029, his contribution to the revered mix series released early last year. The artist painstakingly blended 58 tracks over two mixes, an intricate process of harmonic re-construction that took 12-months and resulted in a work remarkable for its intricate detail. The final work featured tracks from Pye Corner Audio, Kornel Kovacss, Radio Slave, Avalon Emerson, Ryan James Ford and Special Request and rates amongst the finest in Balance’s decorated cannon. Deservedly, it was judged Compilation of 2018 in DJ Mag’s Best of British Awards, while likewise Mixmag also featured it in their best of year list.

We caught up with James Zabiela upon his return to Culture Box, Copenhagen this Friday, the place where I heard him live for the first time, back in 2015.

Hello James and thanks for being my guest in this interview. It’s an absolute pleasure having you on ‘Behind The Decks’, about 3 years after I saw you for the first time live in Culture Box! Where am I catching you right and what have you been up to lately?
Yeah, Culture Box is such a fun intimate venue. There are not many like it really, last week I was at Toffler in Rotterdam and that is kind of in a similar vein but those small venues that feel ‘homely’ where you can try out things musically to open minded crowd are quite precious I think. Anyway, what have I been up to? Well, working on some new new music. Something is very close to being finished which isn’t something I get to say often! I posted a little snippet of me messing around on Insta story last week and people seemed to like it, which in turn encouraged me to (nearly) finish it. It’s nice to find some positive thing in Instagram which on whole can feel like a pretty vacuous experience.

You have been crowned by many as one of the most technically skilled DJs of all-time. What ignited your passion for DJing and what is your secret to mastering ‘The art of DJing’?
Well, if you’d had seen me at Toffler last week you might not be saying that! I had a bit of an off night technically to be honest and had some issues with my laptop, but sometimes you need a boot up the arse so you try harder and have your shit together for the next party. So I’m particularly looking forward to tomorrow for that reason. ‘Tech Redemption 2’!

What ignited my passion for DJing? I think I just used to really love making mix tapes, I was amazed you could weave songs together and make a journey. I used to make them for myself first and foremost and then later on for others, then it became about showing off as you do when you’re 18 or whatever. Having made that Balance mix compilation last year I kind of rediscovered that love for the mixtape. I didn’t originally have a relationship to playing out and performing in venues, it was more of a personal thing because I never really went out clubbing or anything at the time of getting into electronic music. It was just me and my headphones. It was in trying to create these ‘perfect mix tapes’ that I started to compete with myself and really how I learned to mix more proficiently because if I made the slightest mistake during recording them, I would begin again and do it over and over until it was flawless (to my ears). Even now, I’m typing this in my notes instead of the handy google doc. you kindly supplied so you can’t see how many mistakes I’m making as I type. Ha! Having a perfectionist mentality whilst being so flawed is really a contradiction I have to live with. Thankfully, I care slightly less about my sloppy grammar.

Listen to James Zabiela – Balance 029 Mix Series on Spotify below.

During your first steps in DJing, what was the DJ gear you started with vs what it has developed to the one you are using now? Can you elaborate your choice of hardware and why?
I had two belt driven Soundlab turntables that I dearly loved. In some ways these set me up to be able to mix on the most challenging bits of equipment but at first I found using the industry standard Technics 1210s in clubs quite difficult because they needed to be ruled with an iron fist and I was using a velvet glove! I had a KAM ‘made2fade’ mixer which I still have and it’s rusting away up in my attic as we speak. It had no EQs just faders and line switches that I wore out trying to transformer a scratch with (the cross-fader was way too ‘fadey’ for that purpose). Obviously now things have moved along and I’m glad for it because it allows to play in a more creative and not to mention an organised way but I still like to work and not make it too easy for myself. I’ll try things with loops and FX and as we’ve established screw up occasionally, but that’s part of it (I tell myself). So even though I have Ableton and toys to rescue me I tend to stick with a traditional DJing style on the CDJs until I need them, i.e. if there’s something I can’t do where technology can help then I draft it in such as a live mashup, FX or crazy tempo transition or something…

You have SO much energy during your performances, which naturally resonates with the crowd. What are the emotions and feelings coming through your body and mind during those moments?
Well, I do yes if I’m enjoying it. I’m not always like this though, sometimes I can overthink things and spend too much time inside my head instead of in the room with everyone else and so that can sometimes be another challenge, but when the gig is good and you get in the flow (and I’m not screwing up), then it’s really just such a joy to play. I don’t have another word for it.

How does the reaction from the crowd resonate with you, and how do you react to it in reading the crowd and what to play next?
I think, within a few tracks you can sort of tell what is going to work and what isn’t. Sometimes you take risks and sometimes it pays off, sometimes it doesn’t. It’s a great feeling of course when I play something that I deem to be a bit risky, that I’m perhaps apprehensive about but when I do the track pops off. A wise friend friend of mine said you have to take risks as a DJ and if you haven’t cleared the floor every once in a while you’re not doing it right. I’m not one of those DJs who will clear the floor and just carry on doing whatever I want regardless not giving a fuck. If something isn’t working I do like to have a backup plan. Some people have come out to specifically see you, but also others have come out for a casual dance on their night off. Culture Box is great because people go there knowing what to expect, it’s a great music venue, but not every gig can be like that of course.

Over the next few weeks you will be playing in Denmark, Romania, USA and Austria, do you have a favourite country to play and what were some of the most memorable places you’ve played in your long music career?
I think Argentina has always been consistently great for me. The people there have an insane energy that is really unmatched. Romania is pretty great, and I’ve been going there for a long time pretty consistently. It’s almost a home from home. In recent memory, I played for a week straight back in January with the last gig happening in Lebanon, I was so exhausted but the people and party energised me. Either that and I was just too tired to care! I recorded the set, it’s on my Soundcloud actually, electric vibes that evening. An all time amazing party was ‘Rainbow Serpent Festival’ in Australia, it’s a sort of Burning Man hippy vibe and I had the last set of the three day rave and so I reminisce about that one sometimes. Also the first time I played Exit festival in Serbia which is still pretty special to this day.

The time I saw you live in Copenhagen was for Tim Andresen’s What Happens party in Culture Box, back in 2016. You have been a guest of Tim Andresen many times, and will be back for yet another great gig this Friday. What are your best memories from your previous visits in Copenhagen, and what are you looking forward to the most?
Tim has been super kind to bring me back time and again and is as you know, a great DJ (and now club owner) himself. My ex-girlfiend is Danish and so I actually have been to Copenhagen quite a few times. Once she brought her whole family along to Culture Box which was kind of funny and very sweet. Sadly, this time I’ll only be in the city for an evening. However Dubfire is always going on about this crazy restaurant in town, and now I’m on his DJ agency, I think it might be a prerequisite that I go and check it out, next time gadget!