TSC Behind The Decks | Fur Coat

TSC Behind The Decks | Fur Coat

Our story with Fur Coat originates back from exactly one month ago, when we caught them at the airport right after their set at Labyrinth Open, Croatia. But, the story of Fur Coat begins as a tale of deep, dark driven beats and rolling grooves. It was the love for music that in 2004 brought Sergio Muñoz and Israel Sunshine together and led to a musical intertwining which drape itself over the shoulders of the music industry. Their release ‘You and I’ featuring vocals from Cari Golden from 2012 put the name Fur Coat on the tongue of weekend warriors across the globe, followed quickly by their debut album  ‘Mind Over Matter’.

On top of many years of intense touring, it led them to enter the prestigious RA Top 100 Poll straight into the 66th position. Many other acts would have stuck with the same tested recipe for success, but Fur Coat evolved their production prowess towards a darker techno sound, delivering bombs that both implode and mesmerize the dance floor at peak-times. This change didn’t go unnoticed, coming with reworks request for the likes of Stephan Bodzin, Matador and Röyksopp. Their music has garnered respect from some of the biggest names in techno from legendary DJ and producer Sasha to Tale of Us. On top of all of this, the duo launched their own label Oddity Records so it’s not hard to see why their rise shows no sign of stopping. In addition, you can discover all details about the qualities one track should possess in order to be released on their own Oddity imprint, the secrets behind their newest EP ‘Repeat’, as well as their plans for the remaining of this year.

Hello Fur Coat and thanks for taking the time to do this interview with us. Where are we catching you right now?

Hi guys! Thanks for having us. You guys just caught us at the airport. We played last night at Labyrinth Open in Croatia. It’s the second year we come and it’s a growing festival from our friends from Belgium with whom we have a close relationship and play on their other venues and festivals.

You were born in Venezuela, but you are currently based in Barcelona. What made you choose exactly Barcelona among other party capitals in Europe such as London, Berlin and Amsterdam?

Yes, that’s right. Well Barcelona is a city that we had visited previously, and that we like the idea as a base not only because it’s a Spanish talking city, it has good weather and its very convenient for travelling. In 2012, we finally made the decision to set our base in Barcelona. It’s an amazing city, such a great location, good food, weather and great place to network with other artists. The city also has been evolving over the past six years with so many great places like bars, coffee places, restaurants and of course, the nightlife and clubbing, has become part of every week. So many events, festivals and nice clubs that you can go to from Wednesday to Sunday. The vibe in Barcelona is really special, and there are so many good things to say about the city. We definitely feel at home.

We have been following your work since we heard your track ‘There’s No Time’ back in 2014 and your style has changed since then. Was it an intentional move or just a natural progression?

Well, progression is part of the artists constant look for freshness and mature of the sound. We feel our progression has been natural, keeping the ‘stamp’ of the Fur Coat sound as we think you know when a track is coming from us, but at the same time experimenting in leaning more to techno, melodic, groovy or even experimental. We definitely don’t feel it as a change of style, but as a natural evolution and mixing bits from our beginnings, even as solo artists, to try new things and to take our sound to the step we are always looking for. We always try to do timeless music, it’s one of our goals when hitting the studio. 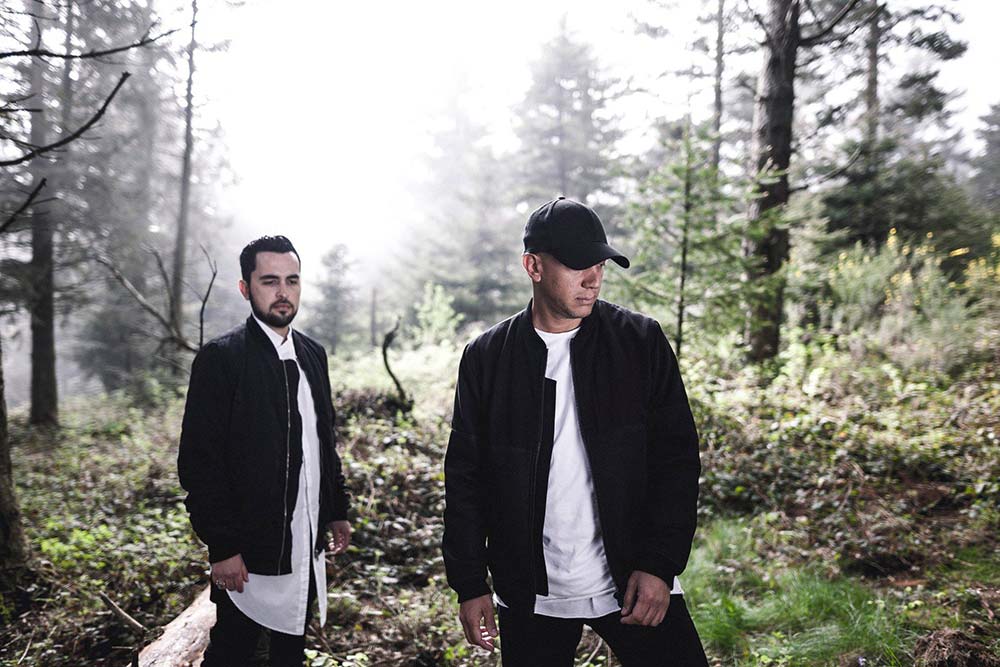 The last time we saw you was in November 2017 at fabric for Sasha’s Last Night On Earth showcase and you played a remarkable set! Could you tell us how do you prepare for your DJ sets and how do you keep the balance between touring the globe, producing quality music in the studio, and managing your own label Oddity?

Nice that you guys saw us there! Playing with Sasha on Fabric is always epic! It was our second time with him and playing room 1. It’s an amazing experience. For sets, we don’t have anything ‘prepared’ on how we are gonna handle the night, you know? We’ve been DJs for more than 15 years, so we have the experience how the crowd response and play it by ear. We also have played together for many years before Fur Coat, so we know each other very well, even without talking where the other is going. We are always receiving new music, aside from having new productions to test on the road, music from past months or years and classics. So our sets are a combination of all. It’s a hard task to keep balance on all the things you guys are saying and to have a normal life during the week as well. Somehow our passion and determination lets us handle it. We are playing almost every weekend two times minimum, then, we also have tours in America or other continents (which take a lot of time and possibilities to work on other stuff). On the weeks we are basically doing our own thing in the morning like training, doing errands, and meet after lunch. We usually work for five hours every day of the week, aside from having some time to discuss and handle Oddity, schedule things with our agents, managers and team and all other work involved in the music that people don’t see. It requires 100% dedication and priority, so this becomes a way of life as everything goes around our music career.

Speaking of Sasha, can you tell us how did the connection come about, bearing in mind you have done quite a few tracks and remixes on his label so far?

Well, Sasha had supported our music before we started working with him, and together we played in some Get Lost or Crosstown Rebels party. Our management team had a good relationship with Sasha’s team and our sound and connection made sense. We had already talked on parties and the time just matched. We first started with a remix for Alex Niggemann, then we did some EPs, and things started to flow naturally, you know? We played for his boat party in Miami, we did a show with him in Chicago after Coachella which due to personal reasons he couldn’t make, and played the Fabric gigs. We also crossed paths in several festivals, so it’s always good when we meet. Now we are working on a special project of remixes for LNOE that we will announce soon.

Before we head to your newest EP, could you tell us what qualities should one track possess in order to be released on your very own label Oddity?

First quality is originality. It’s one of the most important things. Although, it can fit in a sound or style, it has to have that special factor that sounds like no other artist. We also try to release timeless music, not trends, but things we like and think will stay fresh with time. And we always think out of the box. An EP on Oddity has to be diverse and complete. Probably a main dance floor oriented track, another side that’s alternative, it could have an experimental one, and depending on all a remixer can come on board to finalize the vision of what we want to put out there.

Your newest EP ‘Repeat’ was released on the 13th of July both on digital and vinyl. What was the initial idea behind it and what were the main hardware and software weapons you used in the studio for its creation?

We don’t start EPs with an initial idea. We let things flow, you know? We started making a package of tracks to see what would come out. Some are melodic, other like ‘Messenger Of God’ is more aggressive bass focused and effective. We also have ‘Repeat’, which we did two versions and one is vinyl only. We always try to use the hardware combine with VST’s and fx from Universal Audio to process our stuff. The Subphatty, Mother 32, JP08, Arp Odyssey and Nord Rack 2 are part of a hardware that is in our music. We use a lot of VST´s from Arturia or Spectasonics. So it’s a combo of all, plus how we process it, to get to our sound.

If you could release your music on one label only, which one would it be and why?

We don’t want to release music on only one label. If we had to choose it would have to be Oddity, as we would have a 100% control over how often we want to put something out. Releasing on different labels keeps the game interesting for us. We work with people we have a relationship with and their support, not random labels you know? There has to be a connection to work with a label and, of course, like their work. Working with different labels also lets you reach different crowds and followers of their head honcho. Even though all the labels we release have a connection soundwise, for example releasing with Sasha’s Last Night On Earth, not only is a great thing as we follow his music for many years and we love his work, but also lets people who follow his project know us.

What can the fans expect both from Fur Coat and Oddity label until the end of 2018?

There is one more EP coming this year and its from us. We have a super special remixer on board that we can’t reveal. We are real fans of his work. You will also hear an EP with a more experimental track (kind of ambient) and the usual Fur Coat sound.