TSC Behind The Decks | AZF 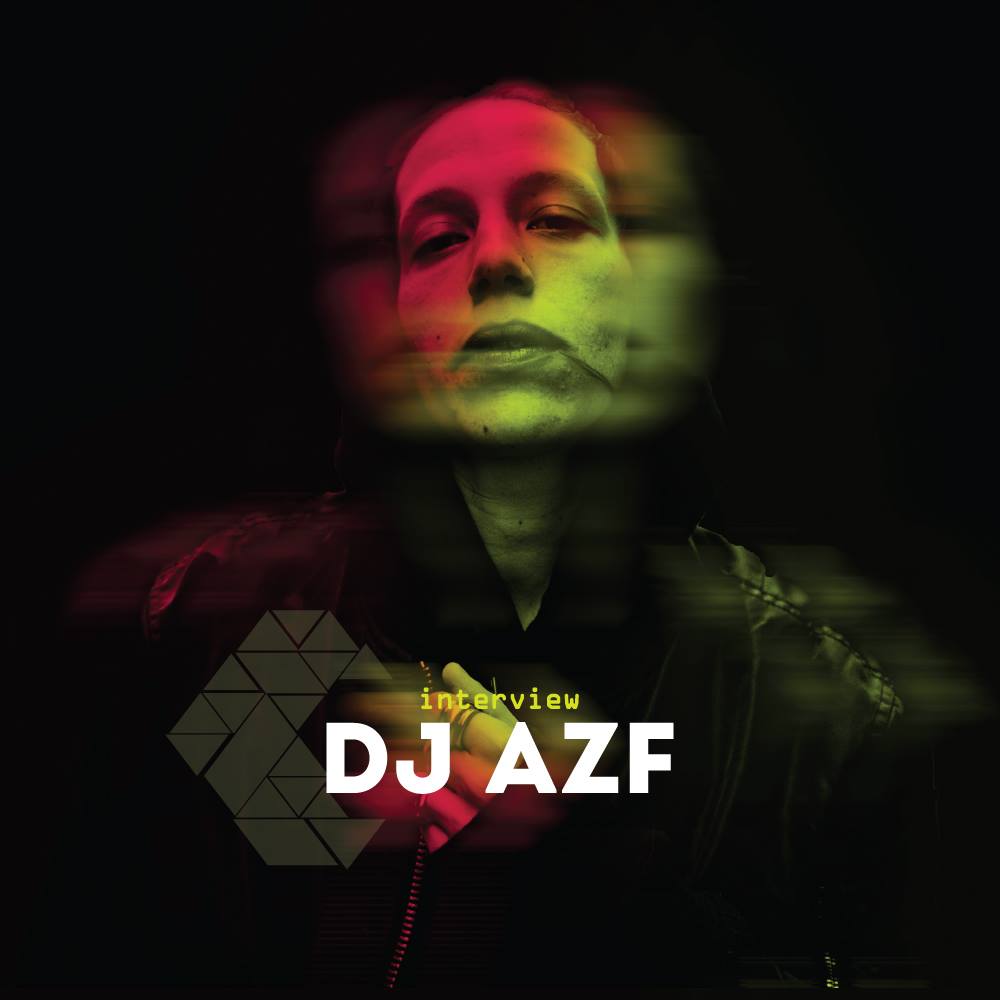 TSC Behind The Decks | AZF

If there’s only space in your brain to recall one name on the French industrial techno scene in 2019, make sure that it contains the following three letters: A-Z-F. It’s almost impossible to gauge the level of excitement surrounding Audrey Carcassonne, such is the international acclaim that has come her way since the start of 2017.

Veritable musical icon, AZF has been around for a long time. She started clubbing quite young at the Pulp and Chez Moune, where she was a bouncer from time to time for lesbian nights. Then became the artistic director of Jeudi Minuit at Java and is now the high priestess of the Qui Embrouille Qui events, radio resident on Rinse France, peerless DJ … the list goes on. It’s easy to see why so many people around the world have fallen under the spell of this prodigiously talented artist.

Idolized by a hardcore group of fans who consider her to be the latest messiah of French techno, AZF’s life has become a seemingly endless succession of prestigious collaborations, high quality sets and triumphant gigs around France and Europe in venues and festivals like Nuits Sonores, Montreux Jazz, Dour Festival, Concrete, Berghain … What’s more, she manages to pull it off while still retaining the underground values that enable her to express herself artistically with genuine freedom.

Hi, Audrey! First things first, what prompted your interest in electronic music and your choice to become a DJ?

It was not planned. As far as I remember, I always used to work at night in bars and Parisian clubs. And one day a friend decided to create a techno queer and lesbian night in a club called Chez Moune. We listened to a lot of music together, we planned to do a b2b but it happened that this evening, just before the party, she had to go on tour for another project and in the end I found myself playing alone. And that’s how it all started.

Do you remember your very first performance? Where and when did it happen? How did you feel during it?

Yes, very well. So my « official » first time was in the same club I previously mentioned, with the French hardcore DJ Manu Le Malin and in my memory, it was a disaster hahaha. Fortunately, we became very close and I have progressed since then.

As an artist in Paris, how do you find the community around you? Does it nurture up and coming artists such as yourself? Furthermore, how does Paris influence you as an artist?

It’s been 10 years now that I work at night in Paris: first as a Club’s manager, then promoter, then DJ etc. Paris has always been a source of inspiration for me. I am very attached to my city and valuing the local scene is at the heart of all my projects. It’s really important for me to give back to my city what it offered to me. Paris lagged behind other European cities in electronic music. But now with the efforts of big clubs like Concrete and also the wealth of alternatives venues like La Station and artists, Paris has been put back on the map. Now, there is a real excitement but it took a lot of work for everyone.

In our resent events, we heard you play at Intercell & Basis ADE and we must confess your performance was a blast. How was your experience during your first time at Red Light Radio and Amsterdam Dance Event 2018 in general?

I keep a great memory of this weekend! Indeed it was new to me and quite exciting to see a whole city walking to the rhythm of our music. This is something crazy to live. The H7 warehouse is a super club, I played pretty early but the audience was super receptive so I could play everything I wanted. It was really a great moment. And redlight radio is a great team, it was a real pleasure to play there.

If you had to choose three tracks from ADE to convey your particular musical spirit to our readers, which would they be?

Aneed: The March of Self destruction

Before we end this interview, we would like to know more about your latest project – Qui Embrouille Qui. Except the part that there is no headliner and each artist is paid the same amount, what else is this project about? Moreover, how do you think this plays into your experience with music?

As I explained, putting the local scene forward is very important to me. I started playing in bars and then in small clubs in my city, that’s where I come from. The next logical step was to use my career to be able to highlight emerging artists around me. With my partner Pasteur Charles who holds the post-punk label Le Turc Mécanique, we decided to create a mini festival over two days that aims to highlight all the French « underground » electronic Music scene that are not sufficiently represented in the mainstream clubs and festivals. We call this festival Qui Embrouille Qui then it also became a collective of djs and producers and soon a label. Always with a little punk spirit. The idea is to meet different electronic scenes, create the link between them etc.

If you had one piece of advice for a young female DJ emerging onto the French scene, what would it be?

So the first advice is to consider yourself as a DJ, not a “female DJ”. It is very tiring that we always want to put us into a box as if our music was directly related to our gender. I’m annoyed by this kind of considerations. So the advice is to work a lot, not to listen to people who just want to get you into the norms, to stay free and not listen too much what people say.

To the future! What do you see in store for DJ AZF?

Residencies in French clubs that I love and the launch of the label Qui Embrouille Qui in 2019!