TSC Behind The Decks | Amber Long 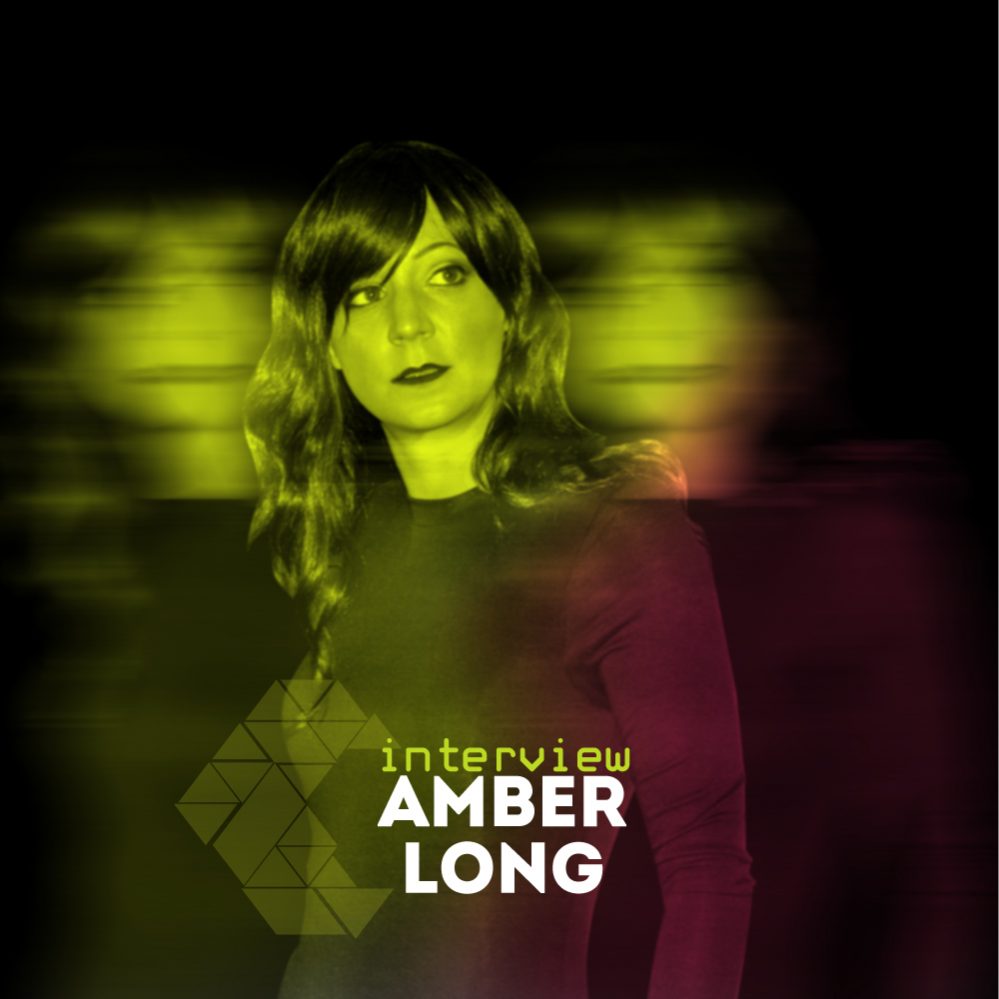 TSC Behind The Decks | Amber Long

Amber Long has trademarked a sound that is svelte and uniquely hers, performing live for nearly two decades.  Going by her own name for vocal productions, she is sought after and supported by big name artists and signed to well-known labels such as Bedrock, Armada, Global Underground, Perfecto, Darkroom Dubs, Sudbeat, Plattenbank, Einmusika and a host of others. Her lyrics and voice are well known in the Underground music community. As a DJ, she is passionate and animated, and tears up dance floors across the world playing her own music and that of those she works with.

Hi Amber and thanks for being our guest! Where are we catching you right now and what you have been up to lately?

Hi and thanks for having me 🙂 I am at home in Toronto, surviving winter and spending as much time in the studio as possible. With the labels and releases and my new podcast, I’ve been keeping busy!

You are based in Toronto, Canada at the moment, but were you born there and how did you get into the electronic music?

Haha, no, I wasn’t born here. I was raised in the woods of Northern Ontario, north of Sudbury, ON. The most electronic music I was fed in my teen years way out there in the boonies was through the live to airs from the clubs in town and what was on the radio. Regardless, if you like electronic music, you like it from the start, I feel, so Robert Miles, Massive Attack, Prodigy, even stuff like Technotronic really made me gravitate to it. When I heard Rhythm is a Dancer at the age of 14, that sealed the deal and I was going to be “the singer in the dance music song”.

Armada, Bedrock, Global Underground, Perfecto and Sudbeat are just some of the labels under your belt with great productions and remixes with your vocals on many of them. How different is the process for you when creating your own production compared to remixing another track or providing the vocals?

It is night and day. When I collaborate with someone, I take their idea and use vocals to speak, or ‘sing’, the message I hear in their tune. I comp and arrange all the vocals to suit my idea and then send things along for the producer to do the final polish and to put them in the tune. If I know the producer well, I usually can be assured the track is onto great things and will be well finished. Sometimes it is just vocal additions or track collabs with vocals where I add-on to the track idea. Sometimes, I get stuff back that I really don’t like. And this is a hard spot to be in because it is my creative opinion clashing with another artist, probably a peer. If it is a mix problem, I have insisted and paid for a proper mix to be done before the track is released. Other times, I just let things go without my name because it’s possible the track is decent, just really not my style or vibe. When I create my own tunes and remixes, oh goodness. It is a lengthy procedure. Not that I can’t make a tune quickly, but I am still learning how to mix and get things to sit in a good sonic place, not to mention all the subtle things that have to be added to a tune that we take for granted. So the tune could be there, it is the polish that I am always working on. There is a distinct difference when I wear the vocalist hat vs the producer hat. Emotion and passion goes into everything but if I make something myself, even if it isn’t the same caliber as the stuff on the huge labels, I still made it myself. And at this point in my career, the rush is greater to see my own work succeed than the accolades that come with vocal collaborations.

You have one of the most beautiful and recognisable voices in the underground music scene, but which came first – writing lyrics and singing or producing and DJing?

Wow, that is such a compliment, I got shivers when I read it. Thank you. I have always been a writer and poet and started in spoken word. This is what I would say is my forte. All lyrics I sing are written by me, except one track, which was a collaborative effort with the producer, as he wished. You never know the state of mind a person is in when they turn on your track or hear it be played over a system and I believe music is to heal. It is really important the words that come out of the speakers are powerful, intelligent, and have a point, even if it is cryptic. I find complete and utter joy in knowing the messages I record in my studio are absorbed in so many different ways globally and just hope they help people through tough times or make them happier or feel more fierce as a result of them. I always have sung my whole life and took it for granted I could hold a note. It wasn’t until the digital age that I became the closet vocalist, literally. Before that, I was a studio session singer. I used to sing live a lot solo and with my band but when I moved further into the electronic world, the less I wanted to be in a club and the more I wanted to be in the studio.

Modern Agenda has released some amazing music by Kamilo Sanclemente, Jorgio Kioris, James Gill and Ozgur Ozkan just to name a few. The next release on your label is by Dale Middleton and Golan Zocher called ‘Everything’. How did the idea for the label come up and what is the aim behind it? What does a track need to have in order to be released on Modern Agenda?

Modern Agenda started as a novel idea to put out an album from Robert Mason and I, to establish our ALRM moniker. I can’t say we had a business plan at all when it launched. After the first year of calling in the troops, our talented friends, to support and grow the label, I started taking things more seriously. It became more of an entity and less of a grass-roots project. Now, I am probably really hard to work with as I place deadlines on everything, expect quality and tunes have to go through a chain of us that approve or not. Some artists, like Dale and Golan, you just know that what comes in is going to be gold and we are building our schedule around EPs we feel have a lot of potential and fit our very progressive techno sound. Some lighter tunes do get released but rest assured I’ll be looking for powerful remixes in future for them. What does it take? Just be professional and relative. Seriously. Listen to what we put out and really be honest if your tune is our sound. You can tell by the fact every tune has a lot of low end and is bassy, we like bass. We like it dirty, it is so obvious. Be polite and send a proper email of intro. So often I get bcc’d in a group message with just a demo link. What am I supposed to do with that? If you don’t care to say hi, I don’t care to listen to your track. If we get a good vibe from your intro, your tunes usually go to Priya Sen for a first listen as our A&R. If she likes them, they come to me. Sometimes, if I see something come in from someone I know, I’ll jump on it but Priya is my saving grace as we get about 20-25 demos a week. It might not sound like a lot but it is. This doesn’t count people who are our acquaintances sending links through social media, this is just email. If we like your track, we decide what to do with it from there. Showcasing new artists is really important to Modern Agenda so we try and really amp things up with great remixers and a lot of promo.

Which are your top 5 tracks at the moment?

That is a hard one. What about Producers? Easier that way 😉 Anything from Township Rebellion. I am completely obsessed with everything they do. Rick Pier O’Neil, Nick Muir, Stan Kolev, Matan Caspi, they are masters at Progressive Techno matched with analog sounds. For recent notable track shout out? I found the tune Balance from Citizen Kain and my friend, Aves Volares on vocals. I love what Aves says and the intensity of the tune just makes for a really great trip. You can see that I am really into the darker stuff, doesn’t mean I don’t vibe on the lighter stuff. But when I am DJing, I want people to feel powerful so I play hard and intense. Powerful music is like steroids for the soul – if that is what you’re into, losing your mind and stuff… 😉

If you had to choose just one of your tracks to keep in your playlist, which one would it be and why?

Probably not what you would expect. I’d pick Cashmere Lines (Original Mix) because my head was completely in the game, I had purpose for my own productions moving forward and I was ready. The tune itself came easily to produce and the lyrics are about something real that happened in my life. I guess this one is special because it served as a catalyst, learning tool and a friend in tough times, simultaneously. I like a track more if it enriches my life vs how popular it might be.

You have a gig with one of Bedrock’s legends, Nick Muir in Amsterdam on the 25th of May. Where else can we catch you over the next few months and what can we expect from Amber Long by the end of 2019?

Nick Muir is a king on the decks, have you seen that man at work?! He goes completely mental! I can’t wait for the 25th!! I am going to the Berlin Beatport office just before this gig so I am super pumped for that visit. I have a couple more gigs confirmed, one in June and one in July too, out of Toronto, but I can’t say much more just yet about those. Of course, you will catch me at ADE again and Robert Mason and I are headed to India at the end of 2019 for a tour. Chances are, I’ll be back to Mexico sometime too this year, it is just a matter of when… In the meantime, I have tons of guest mixes happening, lots of releases coming and the labels are doing really well. At times, I feel I’m everywhere without leaving the house and I like that.

Thank you for the interview Amber!

Thank you so much for being a voice in the underground community for artists like me!