TSC Behind The Decks | Uran B. 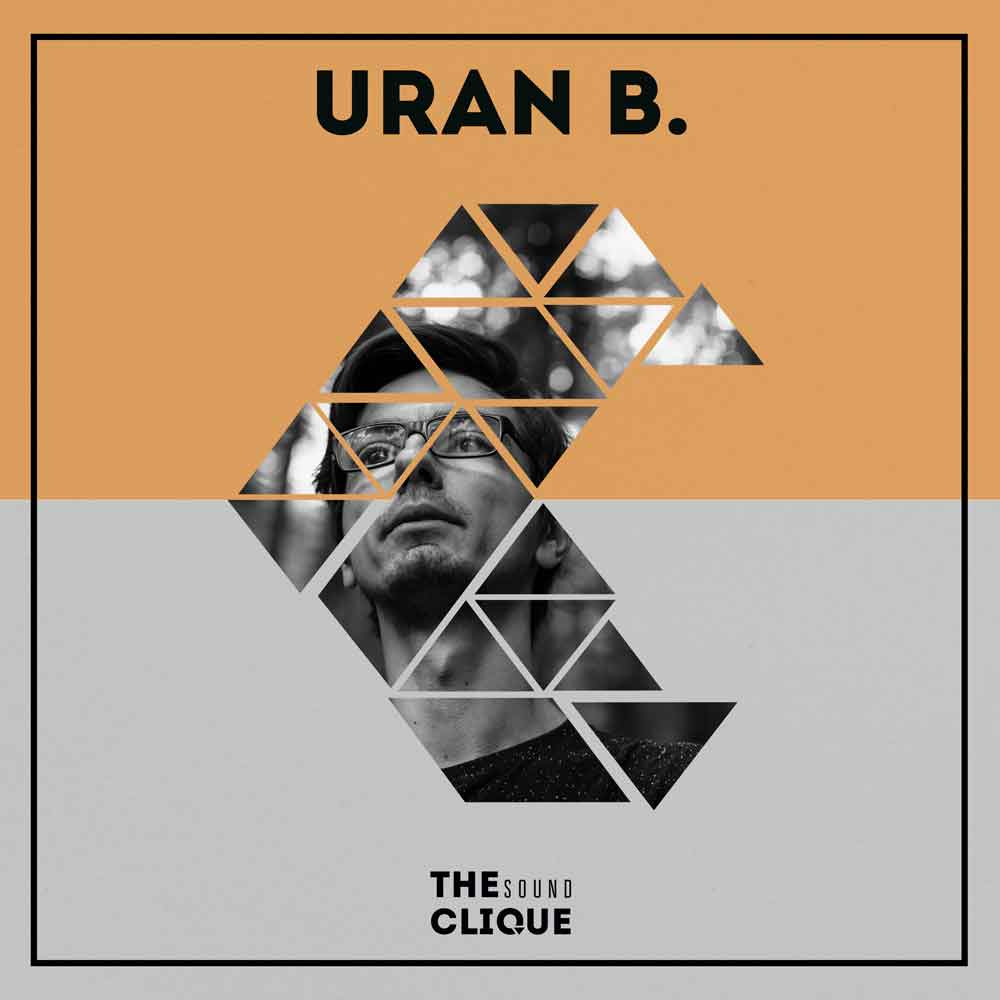 TSC Behind The Decks | Uran B.

As time is getting closer and closer to November 11th, these two 11s, one next to another – 11.11. are used in order to continue what today is recognized as “fashionable” music revolution. Even though sometimes picking the date could seem a random choice, Hapësira’s goal is different, as the heroes behind it tend to help the audience to remember easily. SHDW & Obscure Shape, SOMNE altogether with the natives Vegim & Flekitza will unite their powers to satisfy the audience of Kosovo by distributing the above mentioned fashionable revolution of music, creating the 4th edition of Hapësira’s history. But this history wouldn’t be complete without the name of Uran B.
Identifiable as “the cure that balances emotionally the dance floor”, this expanding talent is about to uncover a piece of his own journey mostly referring to the recorded art-work of the podcast he delivered, the same as Hapësira’s vision seen through his eyes.

Imagine you are talking to a man who has never heard any kind of music in his life before. Imagine you have to explain your music to him as you would tell a story. How would that story sound in a non-musical language but described in a way so that he could get the perfect sense of the music rhythm you possess?
Imagine you have to reach a point, and the road towards that point contains of different landscapes and seasons which make it different and challenging. Changes are tough, and everything that will happen during that experience will be just another story. Ultimately, we all seek the satisfaction of changes. So you are welcome to my story which is composed of sound.

Uran, you’ve made a tradition of almost 10 years with your music. Before that, you followed your passion for the digital industry. In 2005 you came to a conclusion that your passion for music was much bigger than just simply – listening. Which was the crucial moment when you realized that you will completely devote yourself to music?
This thing has developed throughout the mentioned time frame without even thinking that it can come to a point that I will not be dealing with anything else but music. So in a place such as Kosovo, which struggles with basic social welfare conditions you have to of course get into alternative ways of living since music has never been considered a gate to make a living out of it. However, music has consistently played a significant role in my life throughout this period and was always a part of me. My love for music has been the key component that has allowed me to totally commit myself to it.

The land you’ve grown up is Kosovo. Since we are talking about your musical beginnings, what was different back then? Bearing in mind the slow evolving progress your country was dealing with, how difficult was it for you to build your own journey from the start? Furthermore, what has been changing until now?
To tell the truth, if we go back to the times when I started to get involved in the scene together with my childhood friend Arbnor, also partner in crime at the Hapësira organization, the scene was already in secure hands. In this case it was Spray Club with the experienced founder Bersant Rizaj and a team of DJ’s such as, Likatek, Naka, Toton, Goja, Legoff etc. who are also the crown-holders of the first steps of the today’s existing scene and were doing a nice job in introducing the community to what the electronic music scene was about. By the time of 2005 a group of friends such as Rinor Sadiku, Kujtim Talla and us (Hapësira) were already engaged with a web platform named “KSClubbing”, a forum that has further helped to shape things in the industry by introducing trending sounds of artists like: Guy Gerber, Audiofly, Marc Romboy, Funk D’Void, to mention a few, that have been followed during the times of 2005-2010, or simply called the golden 1/2 decade. This golden era is the time when I also have found a space to start my DJ career. As per now, it is just another beginning of what has been left behind in the past, with a higher potential of course.

Uran B. do you believe that the music in the past was affected by the political circumstances in your country?
Everything that has happened is a result of the autonomous will of the organizers here in Kosovo. In the beginning there was a meaningful push to establish something, like with many war-torn countries the initial breaks from violence are always met with outstanding love to make good things happen. As time passed by, the alternative scene was starting to fade for various reasons, meanwhile, business interests have seen an exponential rise, which as a result have led to the introduction of skewed values which have dominated the scene ever since.

If you could, how would you prevent that?
I say that the best way to stop this is through a meaningful work ethic. Never stop offering what we believe in.

Today you are recognized as someone who is with the music trends of XXI century, as one of those fashionable music revolutionists. What is your comment on that, and how contemporary do you find the audience of Kosovo and its neighboring countries? Furthermore, are there any differences compared to audiences farther away?
Considering the fact that I don’t like being stuck in comfort zones, this has always served as a reason to find myself digging on new dimensions and trends that have been following outside the borders. An example to this is RA (Resident Advisor), platform that I have learned and been influenced so much from. All this accumulated knowledge today is a reflection of our served input that has just started to deliver it’s output, an output that is showing that the up and coming generations in my country and from the neighboring countries can adapt easily to. We are not there yet to compare the differences between audiences, but one thing is for sure, the youth have followed the steps of past generations that have suffered a lot.

You are also recognized as someone who knows how to produce a successful mix, and what you’ve prepared for The Sound Clique as the #008 podcast is another evidence of that. Would you mind revealing any emotions behind the podcast, what feelings were intended to be transmitted through this music in particular?
I have tried to spread the experience gained throughout the years in which I have always sought the storytelling part rather than being stuck in one style. With that in mind I also have tried to envelop what I represent within the club environment and outside of it. I have to say it’s so natural since the track list was being built through my mind without even having to listen to the tracks, I don’t know if you get me (hahahah :)!

Additionally, what do you believe is “the secret ingredient” in making such a successful combination?
Dedication, dedication and dedication.

What about the audience and their feedback while you are sharing the “music-storytelling” part of your life? Have there ever been any cultural influences of your country shared through your “musical language”?
Besides the mentioned dedication, there is some source of unexplainable energy that boils/blooms within me every single time I’m performing. Anyone that happens to see me playing, knows I pour my heart out and every drop of sweat has meaning. This is also reflected by the audience who join me on this venture, full of awe and utopia.
In terms of cultural influences, I’d say this ties in very much with other answers. Kosovo’s political and economic climate has very much alienated people from one another. The main aim of my music is to bring back that togetherness. My ventures with music represent much more than the simple act of being a DJ. Each and every song played, is a ritual towards re-building a torn collective conscious.

11.11. is the date when your name finds itself next to SHDW & Obscure Shape, SOMNE besides the natives Vegim & Flekitza, empowered by the brand of Hapësira. Having you as its co-owner for those who are unfamiliar, would you mind sharing a few words of the original vision behind all this?
Hapësira is an organization that believes in the advancement of society through culture, education, art and music by sharing mutual cultural values reached with the collaboration of open minded individuals that aim at presenting nothing but unique projects, activities and events. One of the most important dimensions of Hapësira is the notion that the organization isn’t defined by the individuals that have established it, rather, it is the ideas and conceptualizations of the contemporary Kosovar art scene that lie at the core of it.

Besides the choices of unique artists, what makes Hapësira special are the warehouse projects and Rilindja Warehouse will host the above mentioned names as one of those “risky warehouse concepts”. What do you think makes this warehouse special in a revolutionary way?
The idea in itself, where we move away from the routine club environment into industrial spaces, a place where the industrial potential has eroded, makes people re-think the past and our socio-cultural riches, whereby, the collective conscious comes into being. It is particularly through this that society gives birth to a revolution which seeks to reinforce this collective conscious through the potential abandoned industrial warehouses have, similar to Kosovo’s abandoned humanity. Through re-vitalizing the importance of the warehouse, same as its past significance, we try to instill some of the purer past values, characterized by social well-being.
Today more than ever, music can be used as a gateway to achieve this. In this context, electronic music serves to re-kindle the fire behind this revolution or re-birth. While offering the spiritual pleasures of good vibes, it also serves as a platform by which we can embark upon a journey.

And finally, if you had to choose between staying where you are, knowing that you’ll have to struggle for progress or moving to another place where all of that wouldn’t be necessary, what would your choice be?
I have already made my choice …