TSC Behind The Decks | CULTURA 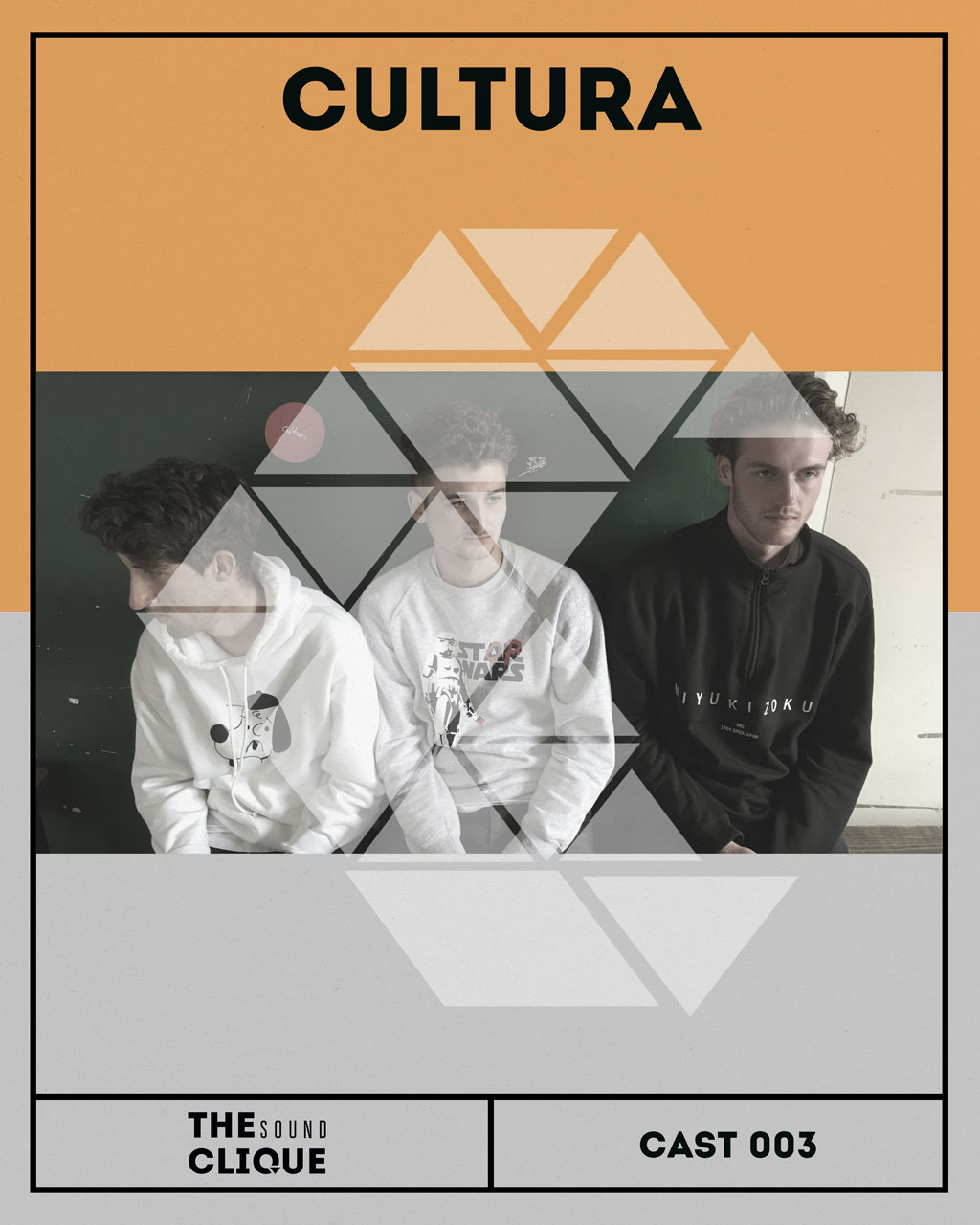 TSC Behind The Decks | CULTURA

In The Sound Clique Behind The Decks 004 we are thrilled to present – Cultura. A DJ Trio from Southampton, UK consisting of, Daniel, who has been playing at Junk (the club was named by DJ Mag as the best small club in the UK). Together with another member of the DJ trio- Kayne, they played a b2b last weekend at High Tide’s garden party with headliner Denney. And the 3rd member, Matt Lee just played an amazing DJ set at Somerlay Tea Party Festival. The future looks bright for the young lads from Cultura! We had a chat with the guys about music, inspiration, what the future holds for them and more. To top that off, the guys have also recored a vinyl only DJ set, which you can listen along our Podcast Series.

What does the name ‘Cultura’ mean and why did you go with it?

Cultura (which in Italian means culture), to us represents, what we are trying to achieve. We want to play music that is just a littble bit more obscure, a bit more intelligent and a bit more mature. In essence, we aim to be cultured in our outlook and in what we are pushing.

Who stands behind Cultura?

Daniel O’Rourke, Matt Lee and Kayne Orchard (we are all born and raised in the UK).

When, how and why was Cultura created?

Cultura developed as a serious thing about 6 months ago in November 2015. We had been mixing together for a while and supporting each other, and we just decided we wanted to take if further. We all have similar music tastes and it just felt like the right thing to do!

Which song best describes yourself and your music style?

How old were you when you first heard Electronic music? Was it love at first sight?

It was quite different for all three of us. Matt’s always listened to different music, but going to Amsterdam and Studio 80 really ‘changed his life’. It was a weird night of Techno in Room One and Disco in Room Two, with the entire club pitch black apart from one strobe light behind a fan. For Dan it started at the age of 15 playing GTA San Andreas! There was a radio station called SF-UR that played all of the old Acid House and early Chicago House, and it just grew from there. And for Kayne the turning point was going to Creamfields back in 2014, when he came across a b2b set by Eats Everything and Justin Marin.

Are there any musicians or Djs, who inspire you?
As a collective it would definitely be Apollonia. They are the epitome of what we want to achieve one day.

What kind of setup do you use when you are DJing and why?
Two CDJs and two turntables. We don’t play live so it’s just a standard setup really, but we do play a lot of vinyl so the turntables are a really important part of our setup!

How do you approach your DJ sets? Do you plan ahead or you just go with the flow?
100% go with the flow! It’s important to read the crowd, plus we don’t like to stick to one sound when we play, so our sets are quite diverse.

Favourite party, where you have played and why?
#SaveJunk party at Junk, 23rd of April. We were playing at peak time in Room 1, when it was absolutely rammed! Everything just seemed to flow that night, the mixing was tight, our song selection was on point. And the crowd seemed to love it!

You haven’t been a trio for such a long time, but have you encountered any comic situations while DJing together?
Matt and Dan hijacked Kayne’s boat party set, and Matt and Kayne hijacked Dan’s on New Year’s Eve. They were both pretty funny moments!

What can we expect from you guys in 2016?
Our ‘Cultura Presents…’ series of parties that we’re starting to get going. We also have upcoming gigs in Bristol an London!