TSC Behind The Decks | AND.ID 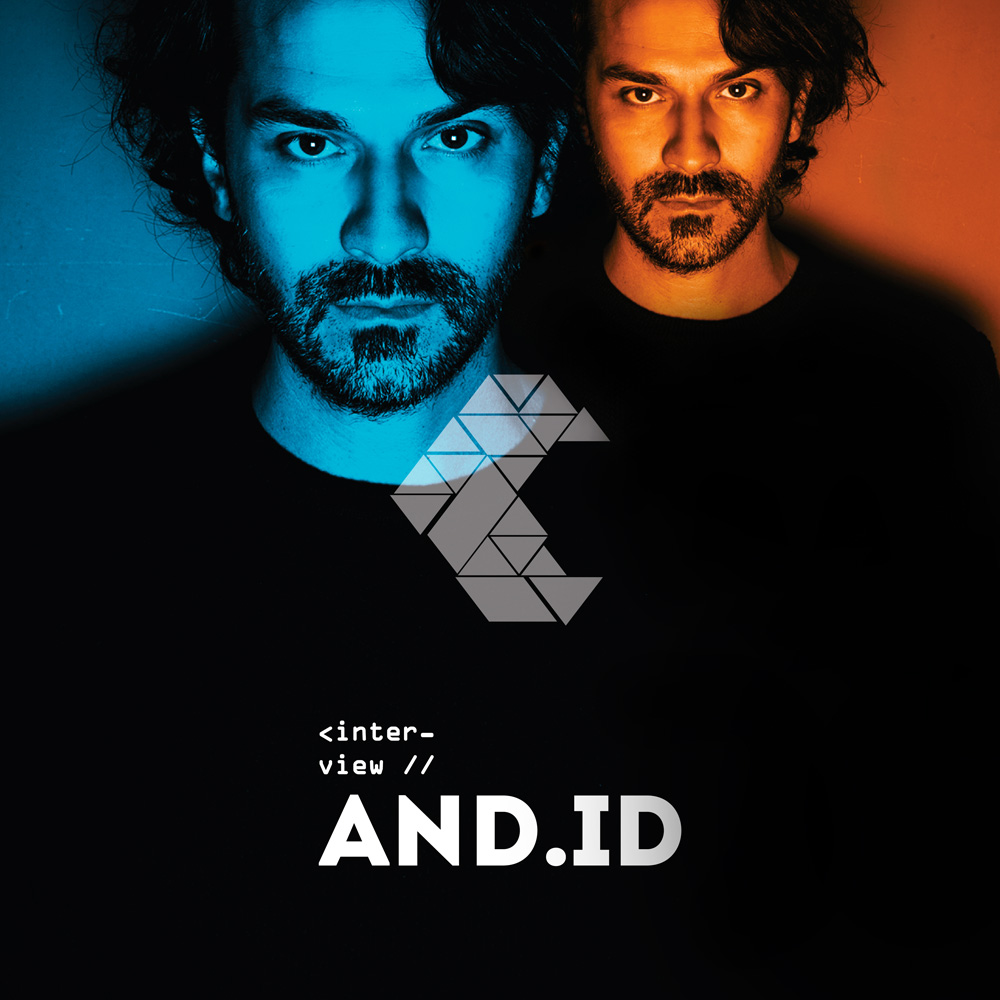 TSC Behind The Decks | AND.ID

Born and raised in Thessaloniki, Greece, Andreas Dimitriadis known in the music world as AND.ID, was surrounded by music from an early age through his father’s love for music. He applied his musical training to a variety of outlets, from jamming in local Greek bands, to producing tracks and scores for short films. AND.ID’s first release was on Thinner, back in 2003, with being only the beginning for him. His full length album ‘Eternal Return’ was released in 2013 on Mobilee, re-introducing himself as he digs deep into his musical roots and depicts his world in newly composed melodies.

Today AND.ID is touring and traveling for his unique live show across the globe taking him to places like, South and North America, Australia, and legendary clubs and festivals like, Fabric, Panorama Bar, Watergate, Sonar, Nuits Sonores, Monegros and Reworks Festival.  Whether it’s house or techno, melodic or organic, percussive grooves, or rough and edgy snares, one thing is certain, AND.ID delivers.

Hello Andreas, pleasure to have such a talented artist on our ‘Behind The Decks’ interview series. As far as I know you are touring the US at the moment, how is that going for you so far?

Hello Philip and thank you for inviting me to this interview. I have been on tour in central America earlier this year and played couple of shows in Costa Rica and Guatemala. It was my first time visiting those countries, I had very good gigs and enjoyed my short time there.

Last time I heard you was last summer at Reworks Festival 2017, for your alluring new live show. What have you been up to since then? We know you started a series of events ‘PARADOX’ in club Uberdooze, Thessaloniki. Maybe you can shed more light on its concept and the next event from the series, which is happening in December?

I am very glad to hear that you liked the show and thank you for mentioning this. Reworks is a special gig for me in my hometown. I have quite a big fan base here that have been following me since I first started playing and I am happy to present them a show with new and previously unreleased material every time I perform. “Paradox” is a series of events I am hosting for this season as part of my DJ residency, which I have been holding for fifteen years now in Thessaloniki. The concept is changing each time presenting fresh ideas and creating a platform for artists, music producers and DJs to share music and exchange ideas with each other and have a good time. We already launched the series in October and the second event is taking place this December, with the open demo listening sessions from upcoming local producers and a music production workshop, followed by a club night. Few more dates are planned for next year and will feature live improvised music performances, contemporary dance and art shows.

Check out a short video of the opening night below.

Like many fellow DJ colleagues, you moved to one of the current meccas for electronic music Berlin. What was your personal motivation behind that decision, and what makes Berlin so special to you?

I moved in Berlin 9 years ago to focus only on music, and the city inspired me to do so. Signing my first record release with Mobilee was another good reason to move and join the team. Being here made it easier to travel and play shows rather than being in Thessaloniki, where the connectivity with the rest of Europe was more difficult and very expensive at that time. Luckily this has changed over the years and it’s more convenient for me now, as I am trying to spend as much time as I can in Greece during the summer.

Regardless of moving away you are still very close and active in the electronic music scene in your hometown Thessaloniki together with the music collective you are a part of ‘Non Aesthetics’. From the perspectives of a DJ, but also a fan, how do you see the scene in Greece developing (or regressing), since your musical career started?

In the 90’s the rave and party scene was huge in Greece, but after the millennium things changed. Only a few small groups of people remained active and developed slowly again the scene and one of them is Non. Those collectives inspire the younger generation with club nights and festivals all over the country. I am happy that I am still involved and helping the local electronic music community evolve.

To any first-time visitors, what are the best clubs and festivals to visit in Greece?

I highly recommend Reworks Festival, which is taking place every September in Thessaloniki, Greece. The weather is still warm and you can combine tours around the city, by the sea or in the mountains.

Mobilee records is one of the most successful and leading labels in Germany and globally, founded by the inspiring Anja Schneider. The label is quite literally packed with many talented artists, including yourself. In your opinion, what separates Mobilee from other labels, and what makes it so special to you personally?

The label has supported me since the beginning of our collaboration, releasing numerous records such as my “Eternal Return” album and the most ambitious project at that time the “AND.ID & BAND” album. There was a strong connection between the artists and the people behind the label. Everyone was putting an effort on making the record label stronger with great music output, tours and showcases all over the globe. The last few years markets have changed and Mobilee’s structure differentiated. These days I am involved in different projects and work with other labels as well.

When can we expect new AND.ID releases?

My third album will come out early summer 2018 in a new Greek independent label.

What does being a DJ mean to you? What career do you think you would have been pursuing if you didn’t have become a DJ?

For me music is a never ending journey with high and low points, which of course helps me understand a little more about myself and communication with others. I have been fortunate enough to make a living out of my passion and I can experience that through my travels. Other than that and to answer your question I love good food, and I guess I would have tried to become a professional cook.

2017 is about to end. What are you proud of achieving this year and what can the fans expect from AND.ID next year?

I am happy that I have been able to travel to new destinations and met new people from different parts of the world. Next year I am releasing my third album and I am currently working on the live show concept in order to tour the new album.

Thank you for the interview AND.ID and best of luck on your future en-devours.