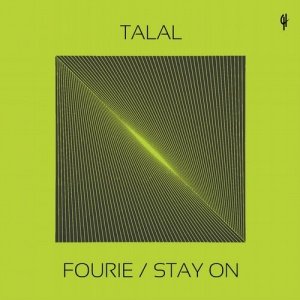 London based DJ & Producer, whom we featured in our Behind The Decks series, last summer, Talal releases a new EP on Capital Heaven, to kick off new year. The London based imprint has been a home to Quivver, H.O.S.H., Ruede Hagelstein and other top artists. With support on previous releases from luminaries such as John Digweed, Petar Dundov, Steve Lawler, Sasha and Danny Tenaglia, Talal delivers two slabs of solid gold for his latest offering.

Following a year which featured the heavily supported ‘Moapa’ and an appearance at Robot Heart’s Further Future Festival, Talal now makes his much anticipated debut on Capital Heaven. Talal releases a new EP, which features the enchanting ‘Fourie and ‘Stay On’ singles.

So far the Talal’s new EP has received early support from the likes of Alan Fitzpatrick, Dubfire, Danny Tenaglia, Luigi Madonna, Maceo Plex, Petar Dundov, Robert Babicz,  and Sasha amongst others. You can now preview both tracks below.