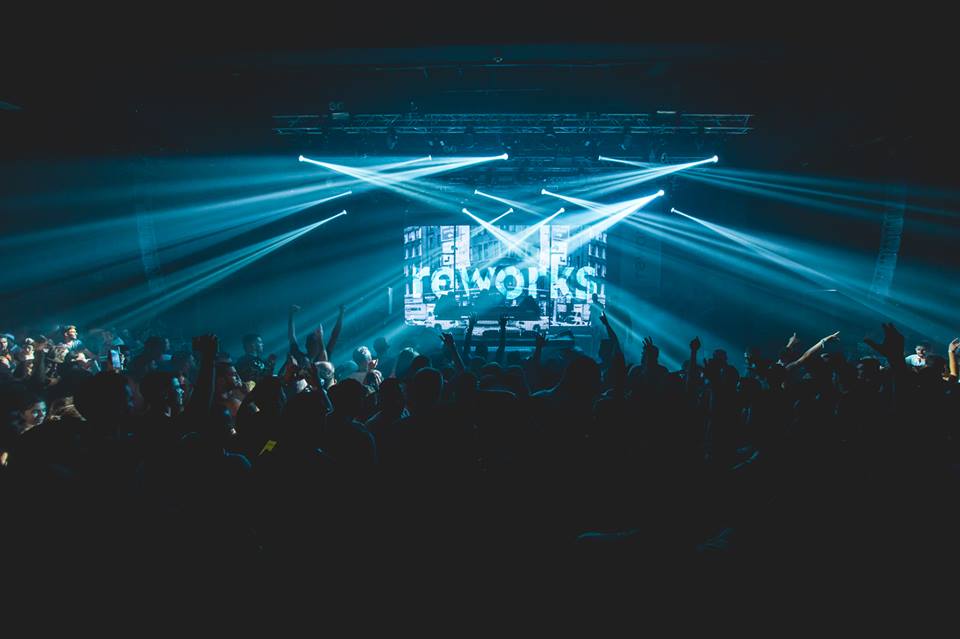 Reworks, the sun-filled music gathering that takes place in Thessaloniki, Greece every September, announces second wave of acts for its 14th edition.

Having already announced Nina Kraviz, Richie Hawtin, Maceo Plex, Daphni, KiNK, Agoria, Kiasmos DJ, Mano Le Tough and Michael Mayer among others, Reworks compiles a programming with a global approach to sound and acts that range from the legendary to the award winning and the up-and-coming. 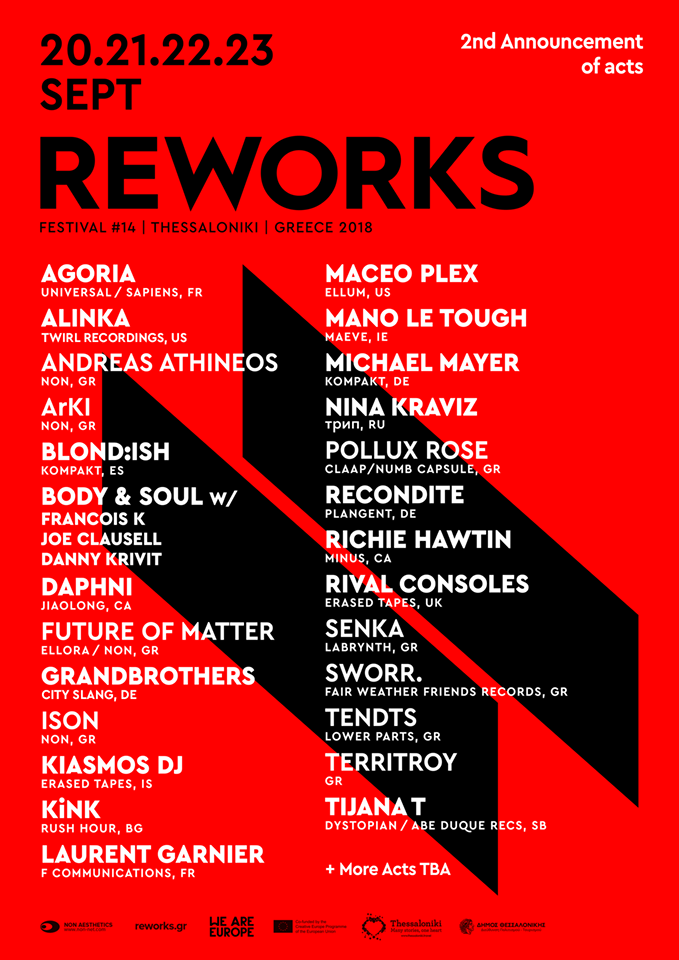 Laurent Garnier has been making the planet dance for 30 years. One of the pioneering DJs of the dance music scene returns to Thessaloniki after almost 15 years. There is no question that his much anticipated performance at Reworks 2018 is a great honor and a landmark in the history of the festival. Besides him, the second name that returns to the festival is the Berlin-based producer Recondite, who marked last year’s edition with his astonishing performance. Having released a new album and a 6-track EP on Afterlife this year, he still is continuously perfecting his meditative brand of techno and manages to create compositions that are able to move not only feet, but the heart as well.

Rival Consoles, notable for making synthesizers sound human and atmospheric, is going to give a special sound and visual show, for the first time in Greece, while Grandbrothers will present their beloved music with an Orchestra especially for Reworks and will perform together with the Symphonic Orchestra of Thessaloniki within the frame of Reworks Agora.

Buy tickets here and connect with the festival on Facebook.