Our trip to UNUM Festival, 5 days at the first restriction free festival since COVID-19 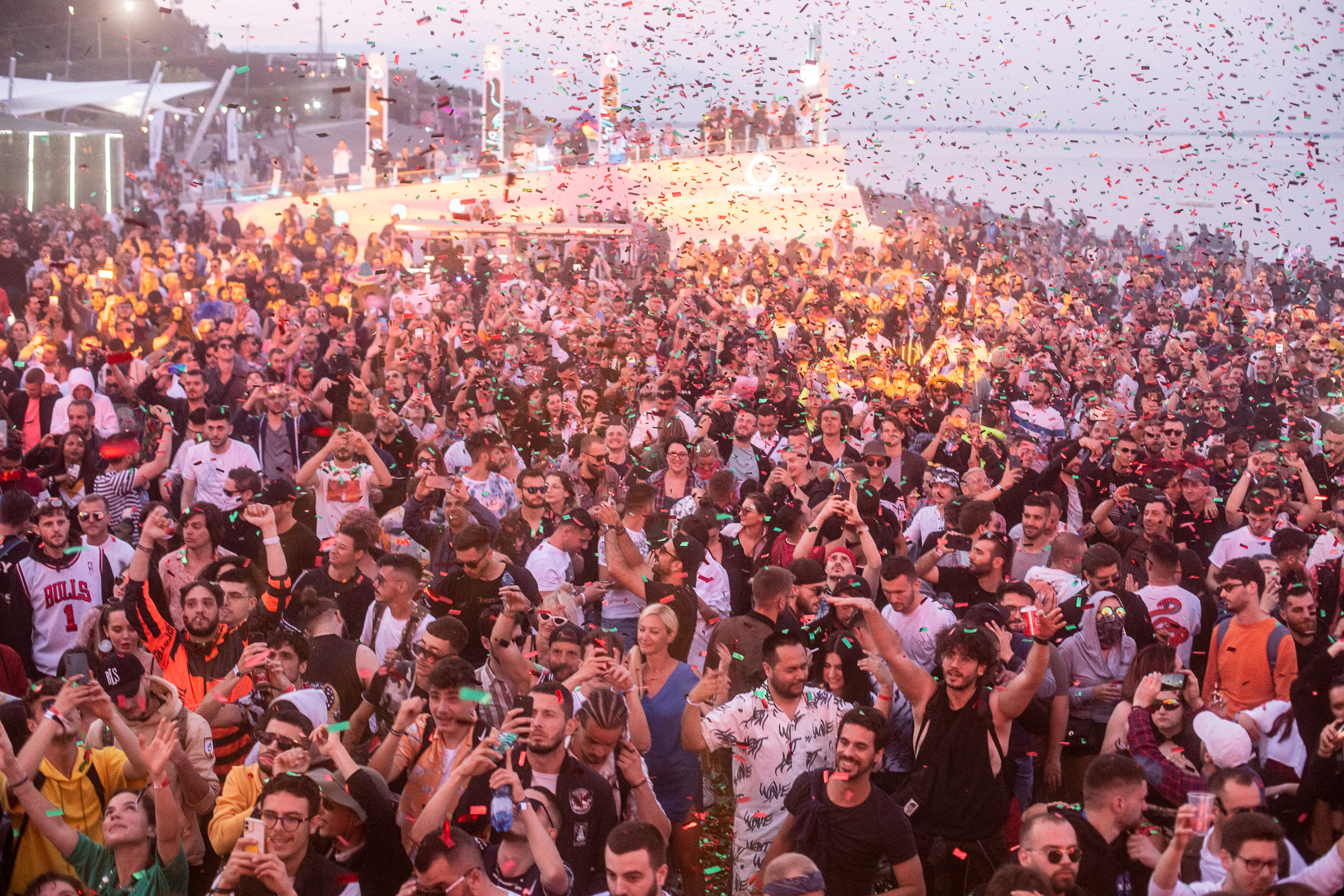 Our trip to UNUM Festival, 5 days at the first restriction free festival since COVID-19

It’s been 15 long months of a cold and bitter lockdown- no cuddles with your mates, beers at the pub or sweating it out to strobe lights in a basement until 7am. But the guys at UNUM Festival saw a way to make that all change.

Down in Shengjin, Albania tucked between pine trees, beach and nearby mountains- UNUM scored the title of The First Unrestricted Festival Since Lockdown. The music raged 24 hours a day with over 50 International headliners including Berghain’s Ben Klock, Cocoon chief Sven Vath, Ricardo Villalobos, Traumer, Sonja Moonear and so many more that I’ll just put a link here so you can see for yourself.

The event was totally endorsed by the Albanian government- and although UNUM originally advertised onsite testing for all patrons- it was able to go on restriction free (due to only 2 recorded cases of covid in the area in the days leading up). Even the Albanian Prime Minister Edi Rama took to Facebook to give UNUM a shoutout. 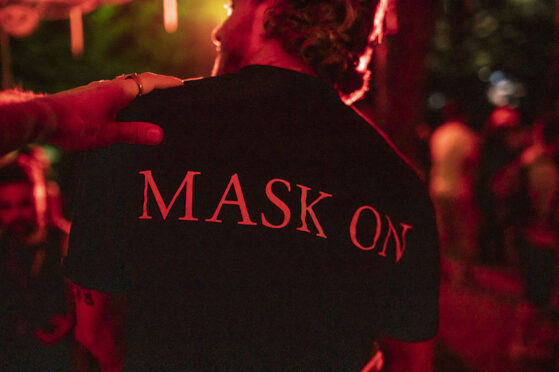 As of now, Albania records an average of 9 covid cases per day, and if these stats remain constant- it could mean big things in relation to other European festivals going ahead this summer. According to sources all staff were fully vaccinated and in comparison to other festivals I have attended, there was a massive cleaning crew. Even in the township of Shengjin you couldn’t go more than 20m with out seeing a rubbish bin or someone cleaning the pavement- and as a friend of the environment, it put me at ease knowing that some sea turtle wouldn’t be choking on cigarette butts or little white baggies. Over the 5 days the whole event assumed roughly 14,000 people from all over the world (predominantly the Balkans, Albania,  England, Italy, Germany, Spain, USA).

The pent up energy was palpable in the air, everyone had been saving up their shit chat and banter for the last 15 months, and it was all ready to spill out in huge smiles, arms welcoming you further into the mosh pit, and dance moves that went well on from p.m to a.m and around again. Probably the most over used statement of the whole festival was “Ah yeah, I tried to go home this morning, but the Dj was so good I just couldn’t make myself leave”. The festival grind sits like muscle memory for most- wake up, eat something before you realise you’re hungover, get in your breakfast beer, get out the door. The hardiest of ravers mostly just made do with taking a nap in a bean bag chair, or crashing on the beach for a couple hours until the bass got too loud to tune out- or totally forgo the latter and just keep on going.

There is no rest for the wicked. 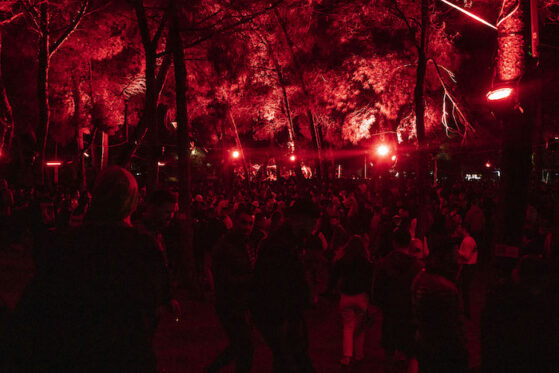 UNUM’s festival ground itself was divided into The Main Stage (On a pirate ship!?!), The Beach Stage and Pine stage. Each of the 3 locations had distinctly different vibes, allowing you to traverse into different atmospheres as pleased, and despite the close proximity of the stages, the overwhelming sound systems were never in competition with one another (although it took about 3 days for the bass to stop ringing in my ears after the festival).

The Beach Stage (ft. Jamie Roy, Traumer, Ben Balance, Nikifor etc) faced directly out over the sea and into the sunset behind the Albanian mountains- you could have told me I was in Tulum and I would have believed you.

Main Stage hosted some of the biggest and hardiest names of the festival (ft. Sven Väth, Ben Klock, Shaun Reeves, Leon, Hiroko Yamamura etc) and was perched atop a pirate ship adorned with confetti cannons, which fired over the crowd simultaneous with the heaviest bass drops, thank you Hiroko.

Pine Stage (ft. Digby, Alci, Raresh, Sonja Moonear, Dana Ruh, Ricardo Villalobos) in the early days of the festival started off relatively chill, but matured quickly to become THE spot late at night for the raunchiest shenanigans and most memorable sets. Matthew Johnson b2b Caruan put us in a trance in the wee hours of Sunday morning, the sultry tunes instilled in me the realisation that it was going to be a while until I was lucky enough to have this feeling again. It was on the last Sunday night the rain poured down, staff were quick to whip out whatever they could get their hands on to cover the decks- because the the crowd wasn’t going anywhere, and nobody even seemed to mind a cleansing shower (probably the first one in a couple days).

Even as the festival came to its official close, the party still still wasn’t over. Jamie Roy took over the decks once again at Rafaelo Resort and the last warriors left standing carried on until the cops showed up. 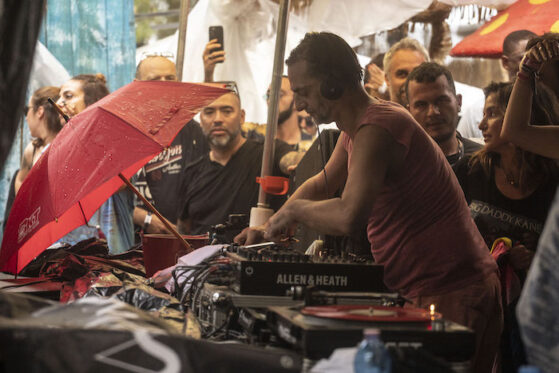 Its festivals like UNUM, that connect you with complete strangers, forming bonds forged out of nothing but pure love for the scene- and with nothing to give but adoration and unbridled excitement at the fact that you are stomping to Grade A music- in a world that’s been paralysed by the pandemic for 15 months.

A massive thank you to directors Grego O’Halloran and Kushtrim Sahiti for going through the effort to pull this off.

We’ll see you next year.