Modeselektor are coming to Denmark to play at DR Koncerthuset

Modeselektor are coming to Denmark to play at DR Koncerthuset

The boundary breaking duo Modeselektor takes over the DR Koncerthuset in Copenhagen on November 11 with a DJ set. Dominating over two decades on the international music scene, the Berliners will infiltrate their exuberance infused sound in DR Koncerthuset venue’s acoustic perfection.

Shortly after the fall the Berlin Wall in 1989 the electronic production of Gernot Bronsert and Sebastian Szary started to blossom. At that time, the German capital was a place often described as emotional roller coaster associated with high hopes and insecurity, all existing at the same time. Emerging upon its unique cultural and artistic landscape, the two former East Berliners found themselves in the depths of the absurd where the possibilities were endless, soon influencing music journalists to make up new words: euro crunk, acid rap, big bass techno, labstyle, happy metal, psychedelic electro.

“Wildly diverse, infused with exuberance and inspired by a slap of the absurd, Modeselektor’s inarguable grooves seem to emanate from every conceivable musical genre, creating a controlled chaos whose sonic expression elevates  the eyebrows and heartbeats of critics and dance floors around the world.” – Shilo Urban

Modeselektor had always described themselves as more of a live act, not studio musicians – quite the opposite from most producers. Their love for live music experience is perhaps a relic of growing up in a mind-free restricted society which was muted for so long, they now relish the communion that performance provides.

They took part at this year’s Roskilde Festival edition with Moderat delivering a master solo concert. Even though the duo has been occupied with the Moderat project in recent years, their passion for working behind desks and connecting with the club audience has never left. Moreover, they are bringing their everlasting energy to Copenhagen on November 11.

Though their sound is without a doubt inspired by the artistic rebirth of Berlin – Modeselektor’s music does not belong to any one time or place, it is universal. 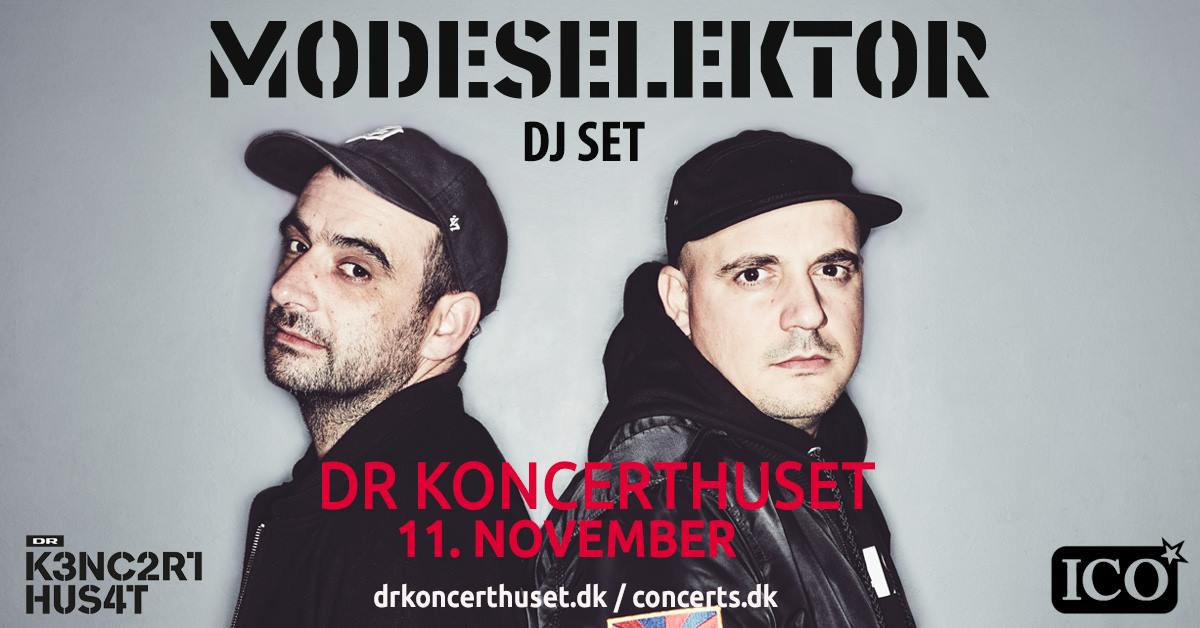 Retrieved and adapted from: Resident Advisor.