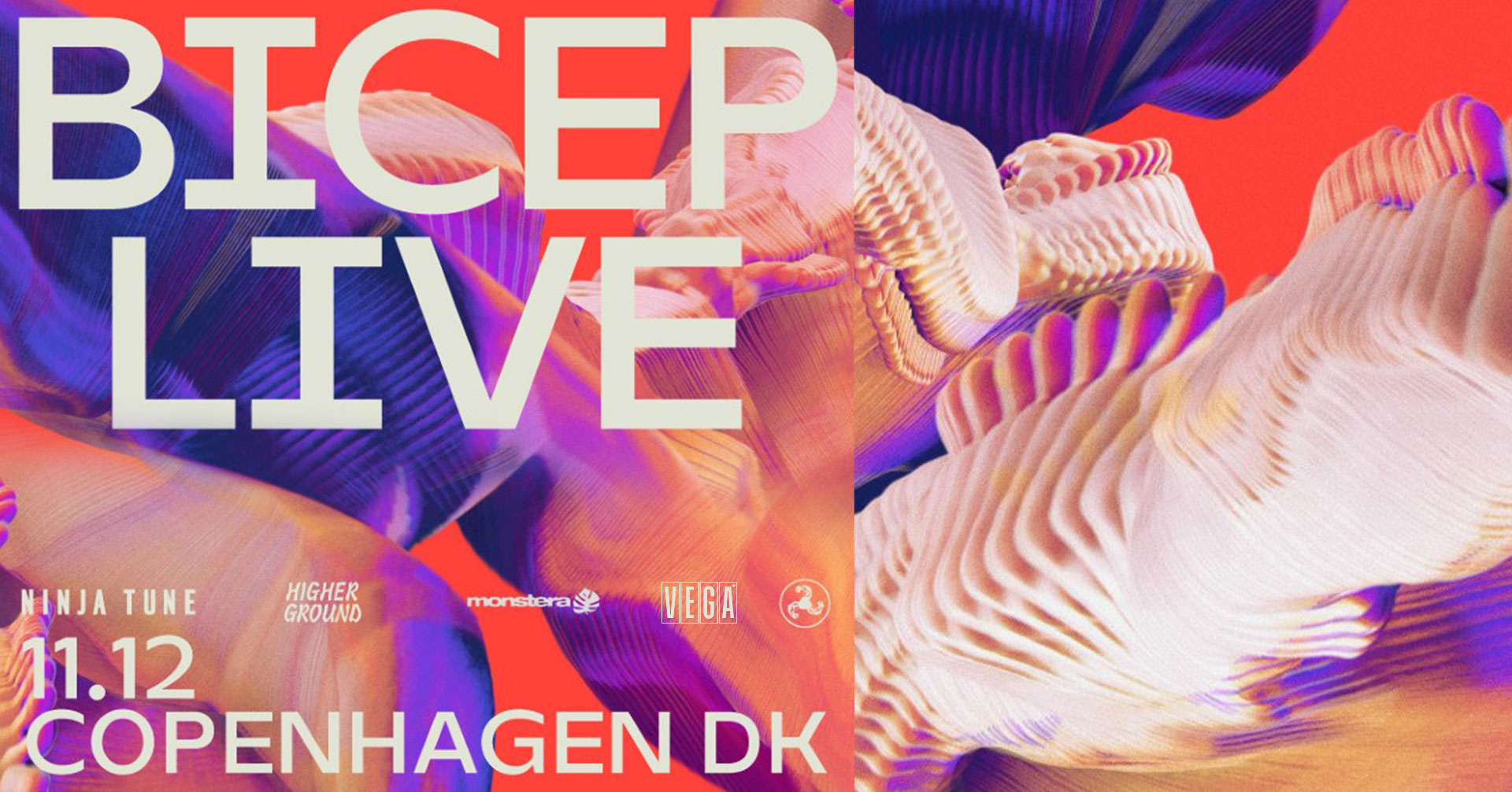 On December 11th, 2021 you can come to the epic electronic Christmas party in Copenhagen when Bicep will take-over the legendary Vega concert hall.
The two childhood friends Matt McBriar and Andy Ferguson have since 2009 provided eclectic dance music that has placed them on the top shelf within the genre.

In January, Bicep released their new album Isles, which reached number two on the UK album chart. The duo have recently moved to London, which has been an inexhaustible source of musical inspiration. Isles is packed with a wealth of samples, from Bulgarian choruses to Hindi vocals.
The album sends the listener on an atmospheric and festive journey through hypnotic vocals, tonal bass lines and propelled, crackling beats. Bicep masters the catchy melodies that hover in a wildly fabled soundscape, and they have been praised to the skies for their surgical, musical precision. The Guardian acknowledged with five great stars and wrote:
“The Northern Irish bloggers-turned-DJs-turned-producers kick off the dinner table with an album that matches the scope and ambition of 90s dance artists.”