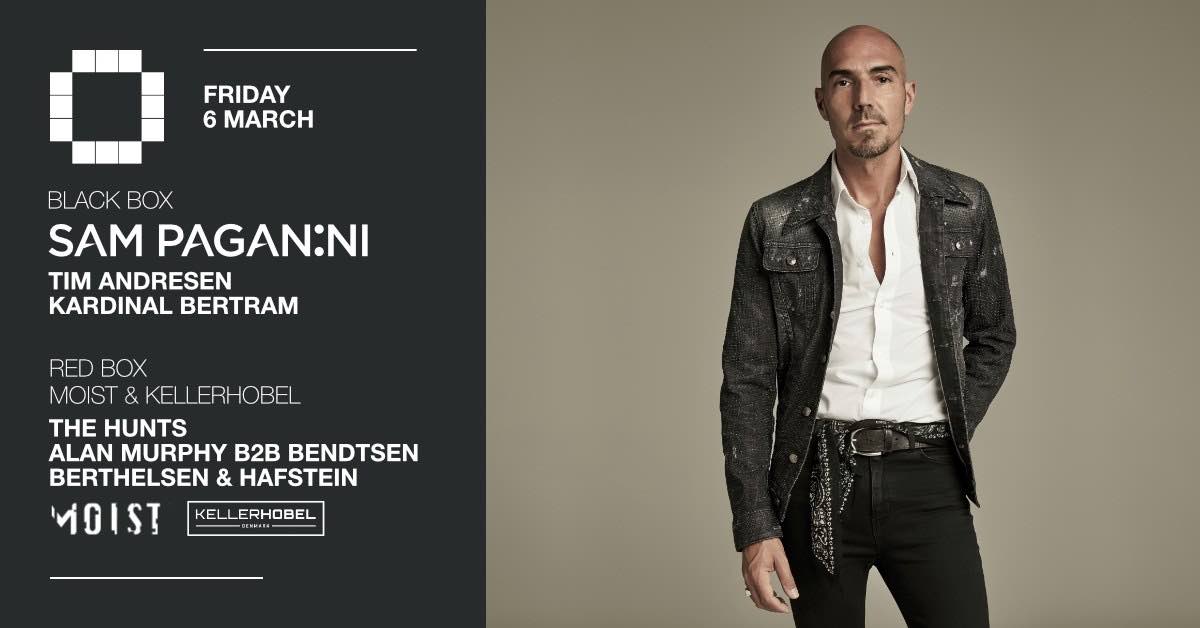 Sam Paganini has collaborated and released his music on several record labels until Techno pioneer Richie Hawtin welcomed him to his Plus8 imprint in 2011. With subsequent releases on Sven Väth’s Cocoon Recordings and Adam Beyer’s Drumcode, all reaching the highest spots on Beatport’s Techno Chart, his unique musical journey has achieved great success. That includes “Rave” that was N°1 Beatport Techno and became the most clicked techno track ever on Youtube. In 2016 Sam founded his own label JAM as a new platform to play out his vision of techno music. Besides his studio work and production time, Sam’s DJ appearances are among the most requested by promoters worldwide.

Moist and Kellerhobel get together in Red Box with The Hunts, Alan Murphy B2B Bendtsen and a debut by the Aarhus duo Berthelsen & Hafstein.