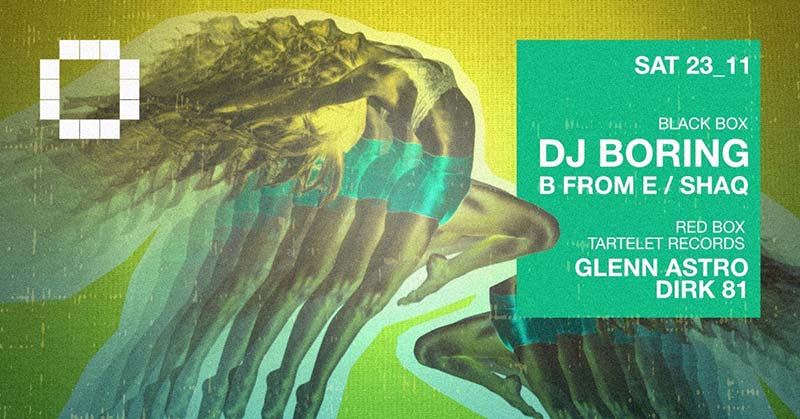 BLACK BOX
DJ Boring sent shockwaves through the underground with his track “Winona”. His abilities are beyond simply being able to write clever melodies and stomping rhythms. His unique talent lies in knowing when to pull back, when to go all in, when to pause – an instinct that usually takes year of development, and that he further demonstrates with his prowess behind the decks. Since his debut on DJ Haus’ E-Beamz, he has released music on Lost Palms, LPH White, and his newly founded label, Vienna. We’re excited to bring him to Culture Box for the first time.

The label owner from Prom Night Records, Shaq will be playing the opening set in Black Box from midnight whereas the uber talented B From E will round things off at the end.

RED BOX
The world famous Tartelet Records will be in Red Box for an all nighter with label owner Dirk 81 aka Muff Deep and Glenn Astro who jets in from Berlin. Should be special.