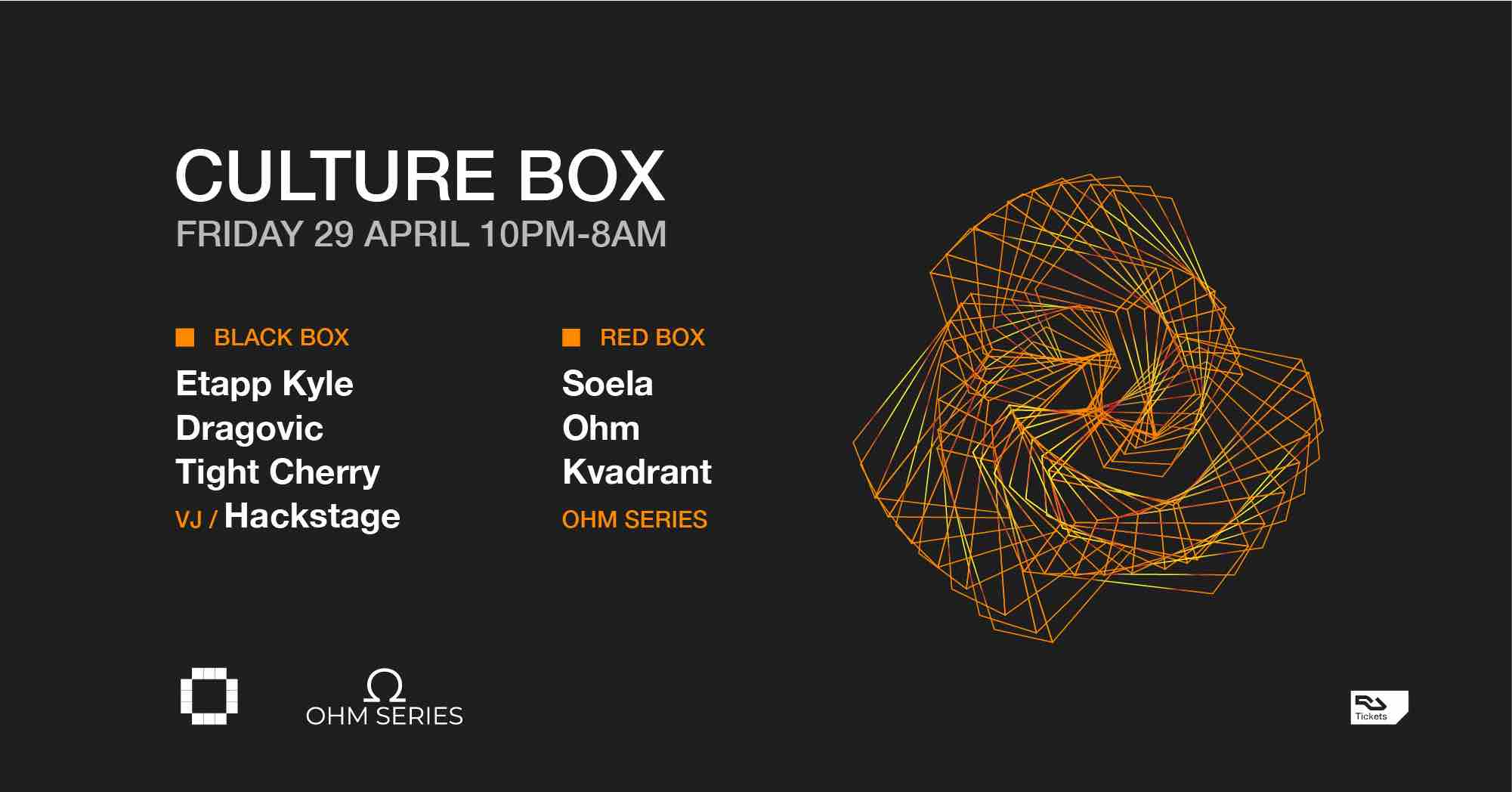 Etapp Kyle’s style stretches across rave, electro, techno and even D&B. Meanwhile dub techno will be the keyword for Ohm Series in Red Box with Soela on headline duty.

It’s fair to say Etapp Kyle is on fire and we’re buzzing to see him back at Culture Box. Releases on Ostgut Ton and Ben Klock’s Klockworks as well as performances at clubs and festivals across the planet and regular visits at Berghain. The Ukrainian producer and DJ gets support in Black Box by Tight Cherry and Dragovic with the opening and closing set respectively. It’s a Culture Box debut for the excellent Ohm Series taking place in Red Box. Ohm Series is run by Icelandic veteran OHM, who brings good friend and music partner in crime Kvadrant and rising star Soela from Berlin as the cherry on the cake with her first ever show at Culture Box.