Distortion Festival 2020 is ready with the first 16 names for this year’s event. Two of the first names to be announced for Distortion 2020 are fan-favourites Peggy Gou and Solomun.

“Peggy Gou and Solomun are some of the world’s most sought after DJs. We still can’t believe they have agreed to play in the forest on Refshaleøen. And then Charlotte de Witte is the world’s biggest techno name – which I am most looking forward to. We’ve never had such a strong lineup!”says Distortion’s director, Thomas Fleurquin.

Canadian TR / ST returns to Denmark with its dark but catchy pop universe following last year’s sold-out concert at Lille Vega, while a performance delivered by South African FAKA highlights the challenges that exist for black queers and other minorities in their home country. The 16 artists are distributed on the Rave stage, the Disco stage and the Live stage, all three of which have been expanded with bigger names and productions than before. The infamous Tekno Tunnel scene also returns.

This year Distortion Festival turns 22 and as the tradition goes, the culmination of it all will be on Refshaleøen island in the Danish capital, Copenhagen.

“We love our little forest and we keep developing it with better scenes, wilder light shows, fireworks, bigger flames and better food … Up to 40% of our audience are international guests, there are almost too few Danes, come on friends!”, says Distortion’s director, Thomas Fleurquin. 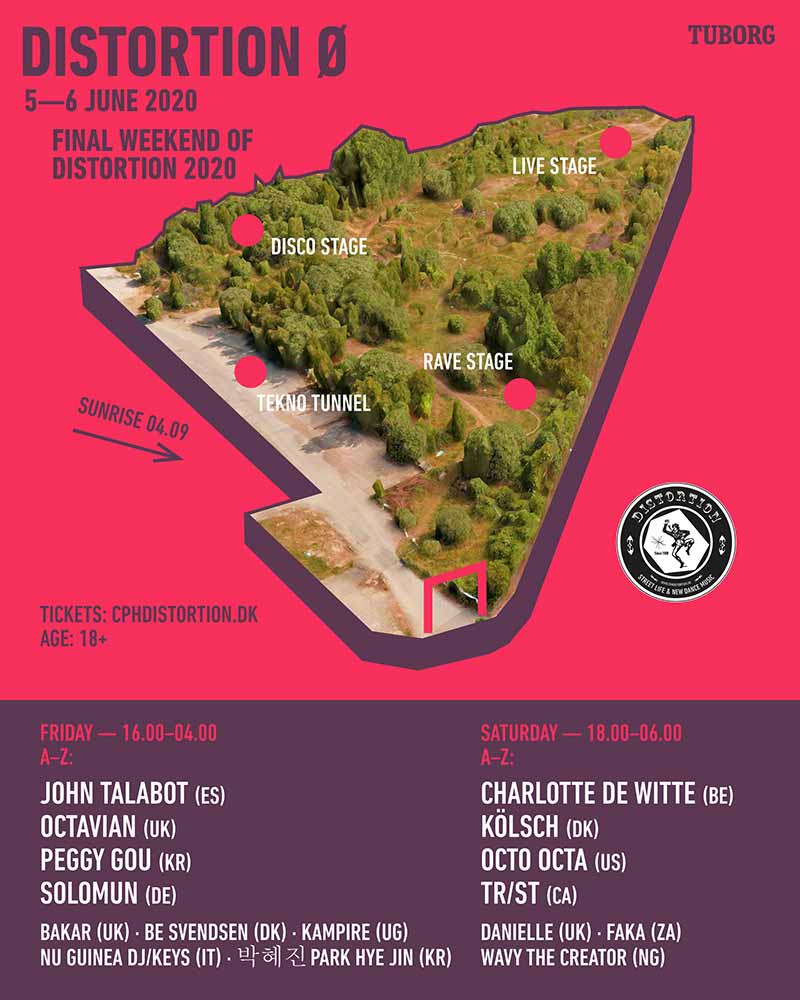 More announcements about Distortion Festival 2020 coming up this spring.