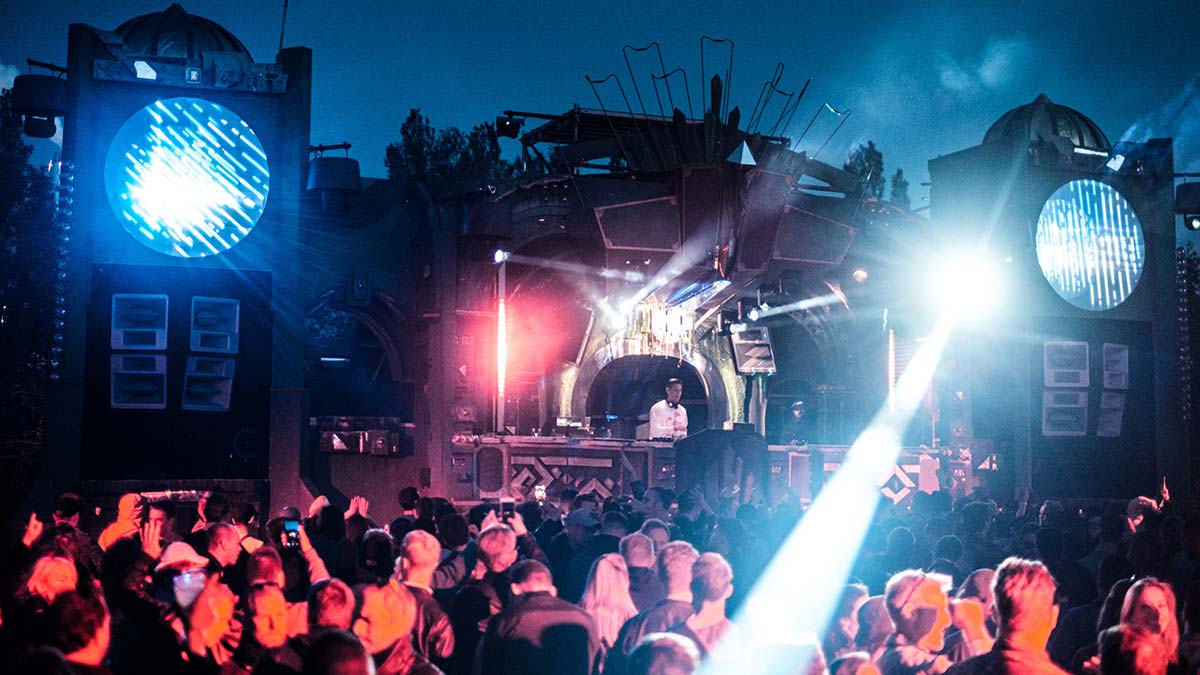 Distortion Festival 2019 came and went by like a storm, first taking over the streets of Copenhagen, before turning the island of Refshaleøen into a mystical land with emerging electronic music.  Our Distortion Festival 2019 highlights include 3 memorable performances during Distortion Ø from one of the best live acts KiNK, the musical connoisseur Hunee and Croatian born, Danish bred Denis Horvat.

Hun Choi, famously known by his DJ name Hunee, is a gentle, thoughtful and highly self-critical soul. When at work he is one of the most arresting artists you might ever hear, instinctively and sometimes rapidly switching between the genres he loves, most frequently techno, house and disco. 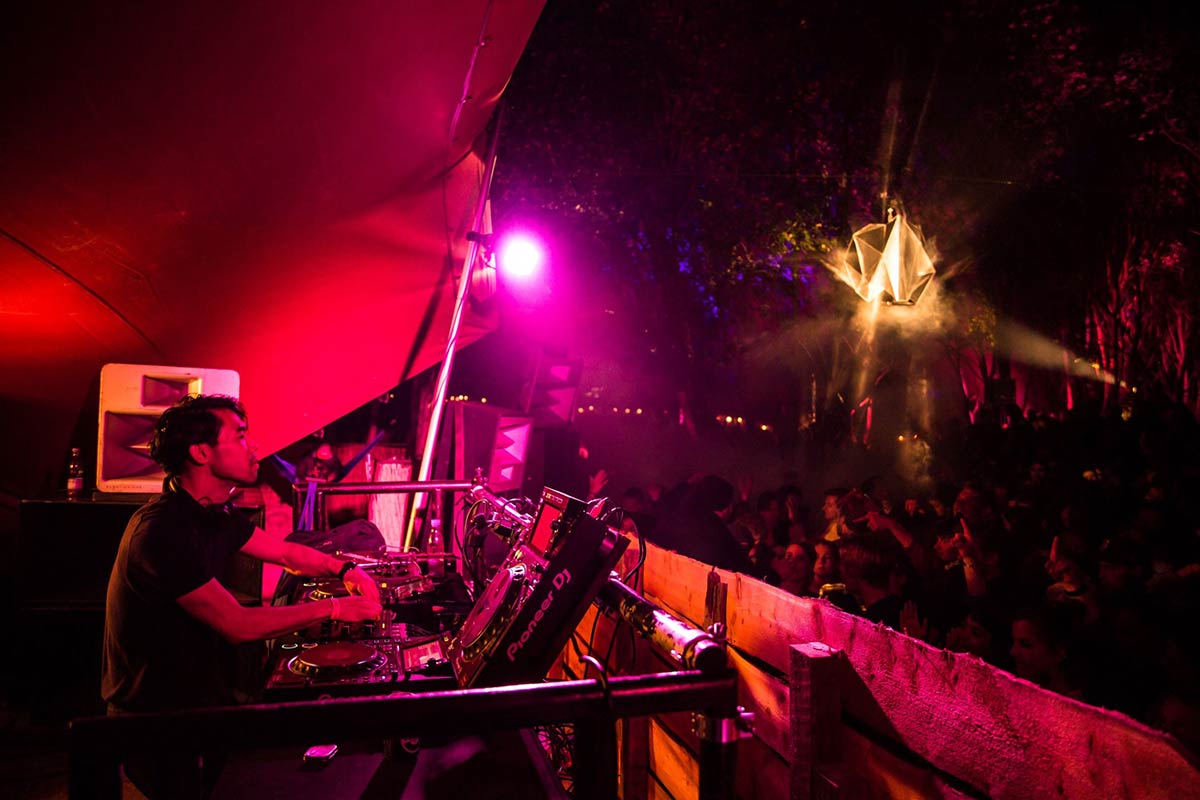 Hunee made his return to Denmark for a second consecutive year, this time to headline the Disco Stage at Distortion Ø.  The Disco Stage is tucked in the motley forest, compiled of LED lasers, art installations, and hammocks, with the stage surrounded by a little hill. Hunee was warmed-up by another super talented DJ Jayda G. Hunee headlined the Disco stage with a magnificent and breathtaking 3-hour DJ set, taking the crowd on a real music journey compiled of his adored genres, from house to techno to disco and in-between. Nearly every track was a perfect tonal match for its predecessor, and a natural rise in tempo throughout the night.

Hunee’s resolute set, alongside the warm energy he conveyed to us all with his presence, left not only the crowd cheering, but also DJ Tennis, at the Disco stage after his earlier DJ set ended, the founder of Distortion – Thomas Fleurquin, and all the crew members on stage. Moments when you feel as one big family, all relentlessly dancing and singing along.

Checkout one of the last tracks played by Hunee at Distortion Festival 2019 below.

Expectations were high as much as the rave stage was crowded at 9:30pm. Denis Horvat was playing and yes: everyone was excited to see his set. It has been a very good year for Horvato so far. From the release of the ’Miracle of The Rose’ EP on Afterlife Recordings, including ’Noise’ being number one on Beatport’s overall chart, to be playing at the Odyssey opening party in Ibiza at Ushuaïa – all this, is only a small fraction of his 2019 journey. Ravers expected it all. And sure, they got it all: a sublime performance uncovering the true journey of his existence as both a succesful producer and DJ.

The sound system was on top and the atmosphere as well – the only thing that was missing was an ice cold Cedevita. Maybe there will be a Cedevita bar next year? The atmosphere itself very much escalated when Horvato played Patenta an unreleased track by Horvato that left many people thinking ”ID?” and ”Release date?”.

One of the headliners for Distortion Festival 2019 – KiNK made his highly anticipated comeback to the Danish capital after previous gigs in Culture Box.

Expectations to one of the best live performing DJs in the world were high, but rest assured he delivered. Before we go into Kink’s performance, it’s worth mentioning the quality and subtle set from Madmotormiquel (DE) who did an excellent job warming up the crowd.

With Kink’s live performance starting, he drew in the more energetic Distortioners to the main Rave stage. The Bulgarian producer is a captivating live performer, whose on-stage energy is so immense, visible and electrifying throughout his performance at Distortion 2019. Enthusiastically brandishing his MIDI controllers above the crowd with a wild-eyed fanaticism, and causing almost unbearable levels of tension with drawn out and aggressive build ups and drops, often accompanied by one of his trademark pitch modulated acid riffs.

What we adore KiNK and his live performance at Distortion Festival 2019 for, is the electrifying and positive party atmosphere he created during his set, leading to what felt as one big party full of smiling faces.

Below you can see what happened when KiNK dropped a live edit of  his own track “Perth”, at Distortion Festival 2019.