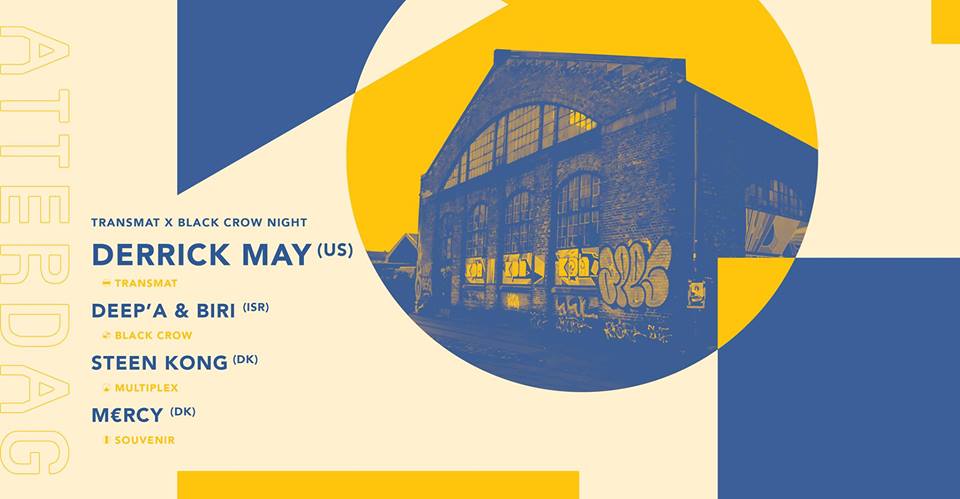 Atterdag a new, inclusive club for diversity, freedom, an open mind and respect is launching this month in Copenhagen. For the opening they have invited a true Detroit legend and one of the pioneers of techno music, Derrick May. The event will take place in KPH Volume, on 18th of May, and doors will open at 22:00. Derrick May will be joined on stage by Deep’a & Biri, Steen Kong and M€RCY.

Derrick May (US)
May has recorded some of the first & most original and influential techno tracks of all time. He is, alongside Juan Atkins & Kevin Saunderson, a part of “The Belleville Three,” and they are considered the inventors and creators of Detroit Techno. The Belleville Three have worked under many different names and titles. Derrick May saw great success under the name Rhythim is Rhythim, his alias when he released his landmark “Strings of Life.” He’s is one of the best DJs alive, charismatic figure behind the mixer, a dance floor feeling like no other and with a storyline going all the way back to when it all started in the 80’s, he sure has the right back catalogue to create an amazing vibe.

Deep’a & Biri (IL)
Deep’a & Biri are running their own label Black Crow, signed on Transmat agency and are doing bookings and residency for Barzilay Crew in Tel Aviv, and now the duo lives in Berlin to dig deeper into the night.

Steen Kong (DK)
He’s a no-brainer addition, a local legend, owner of Multiplex Records, coming from the same generation as Derrick May, Steen Kong has contributed to the danish electronic scene since the mid 80’s has had a huge impact to what our nightlife is today.

M€RCY (DK)
Hailing from the rural areas of Denmark, M€RCY are known for breathing their machines to life with a gloomy spirit.
Their well acclaimed live set will guide your rite of passage. “Lurking hauntingly in the gloom” – XLR8R.com

You can buy your ticket for the event here.

Find out more about the event on Facebook and Resident Advisor.