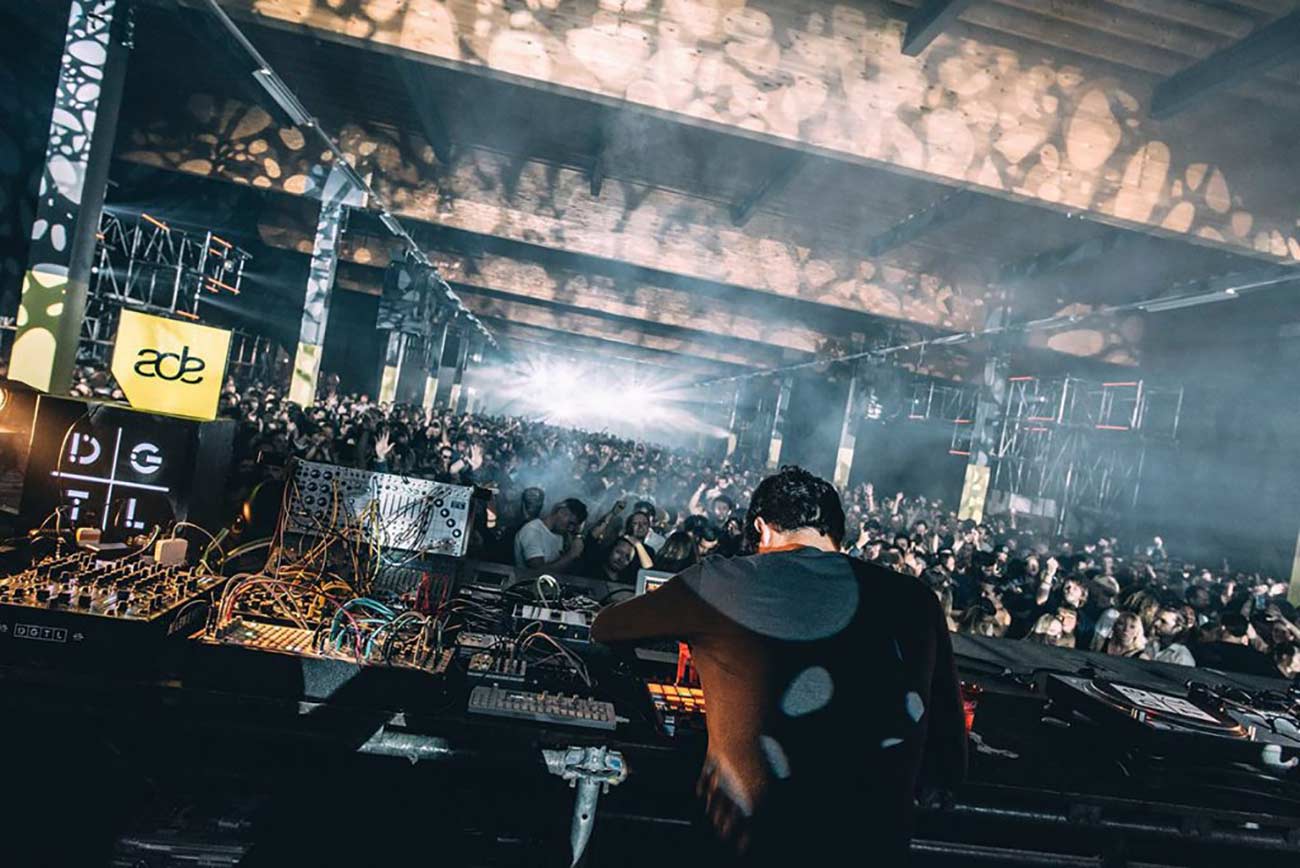 The Amsterdam Dance Event highlights of our very first trip to the Dutch capital are a small part of what we witnessed during the days of ADE 2017. The crown of electronic music in Europe has been in dispute between Berlin and Amsterdam for the past few years, and the second showed why other European and global music capitals should take example from them and learn. Being in Amsterdam for the week, we clearly felt the support of the entire city and country for Amsterdam Dance Event. How passionate and devoted the locals are to the electronic music clubbing & community.

From daily networking events with industry professionals and panel talks with some of the best in the electronic music industry, to testing newest tech & dj gear in the ADE Soundlab, and at night, club events spread across dockyards & gashouder, Amsterdam Dance Event is a musical mecca and the gathering of the year for all electronic music fans and professionals. Focusing on the night events, here are few of the Amsterdam Dance Event highlights, events which had the biggest impact for their locations, organisation and brilliant performances from the artists.

Taking over two studios and one basement at Amsterdam’s immense Mediahaven, the unforgettable odyssey once again continued its journey through many diverse shades of techno and first-rate visual production.

Studio I belonged to Vaal, Konstantin, Stephan Bodzin (live), Mind Against, Recondite (live) and Tale of Us in that chronological order with the Afterlife head honchos closing the stage in the morning hours of Friday to a legendary dj set. Meanwhile in the more intimate second studio were the likes of Barnt, Kiasmos, Mathew Jonson (live) and Patrice Bäumel. The Basement, deep under, kept the atmosphere on the highest possible hardcore level with Keith Carnal, Amandra (live), Antigone and SHDW & Obscure Shape until the very end.

Every artist exemplified a sound that satisfied the mind-body connection, conveying the audience into a wholly unique dimension of musical perception.

Cologne’s own Kompakt teamed up for a fifth year in a row with DGTL, to create yet another magical music journey. Michael Mayer and his label Kompakt are a force to be reckon with for years, for innovating and evolving continuously their sound, and bringing that surprise element. DGTL x Kompakt was no different!

Arriving around midnight to the already filled NDSM Werf, there were two areas. The main Area 1, was where Locked Groove was on the decks until 1 am, when Weval took over from the talented Belgian dj. Meanwhile in the Area 2, things were a bit more intimate, with a smaller stage and room, making the connection to the music provided by Tobias Thomas, Roman Flügel, Danny Daze and Pachanga Boys, extra special. Heading back to Area 1, around 4 am to catch Apparat, as Gui Boratto was finishing in style his live set. I was very keen to hear him for the first time solo, after the stunning performance of Moderat in an Roman amphitheatre I witnessed last summer, during Dimensions Festival 2017. Apparat delivered an eclectic and very melancholic dj set. A mix between dark and heavy rhythms, followed by long and softer tunes. An amazingly orchestrated set from Apparat, who moved everybody by ending with Moderat – Rusty Nails. Following was Kompakt’s main man, Michael Mayer b2b with one of the hottest and most influential djs the last two years, Patrice Baumel. The two were throwing at each other  tracks, layering a brilliant set, so good no one wanted to leave when the event was finishing at 7 am!

Photon is a new concept within the German label Klockworks that places attention on the marriage between sound, light ad architecture. As an event concept, Awakenings x Klockworks present Photon featured artists outside the Klockworks roaster’s boarders. Alongside Klockworks very own Ben Klock, Marcel Dettmann and Etapp Kyle, the line-up furthered names such as Ø [Phase], Dax J and Dystopian founder Rødhåd. 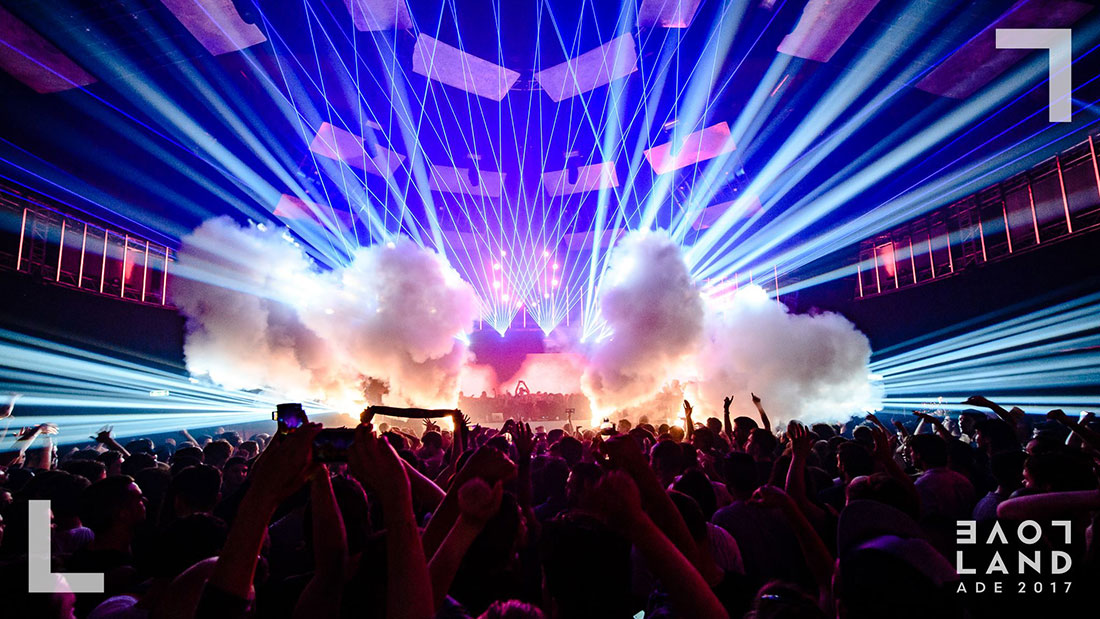 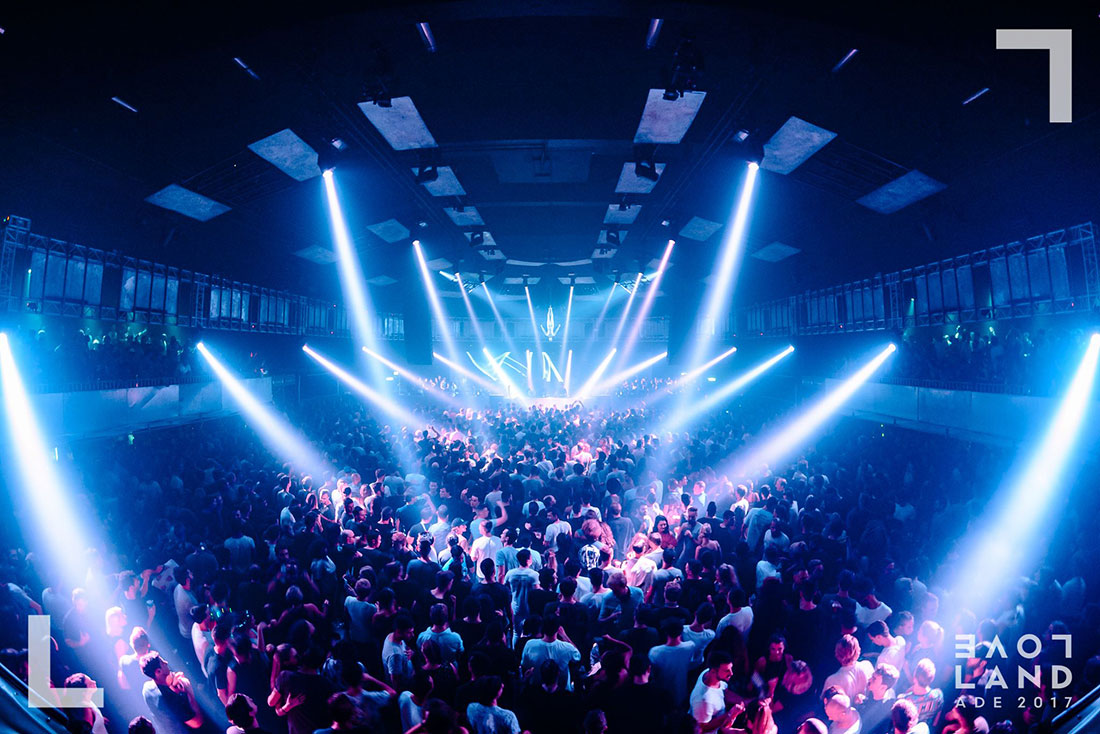 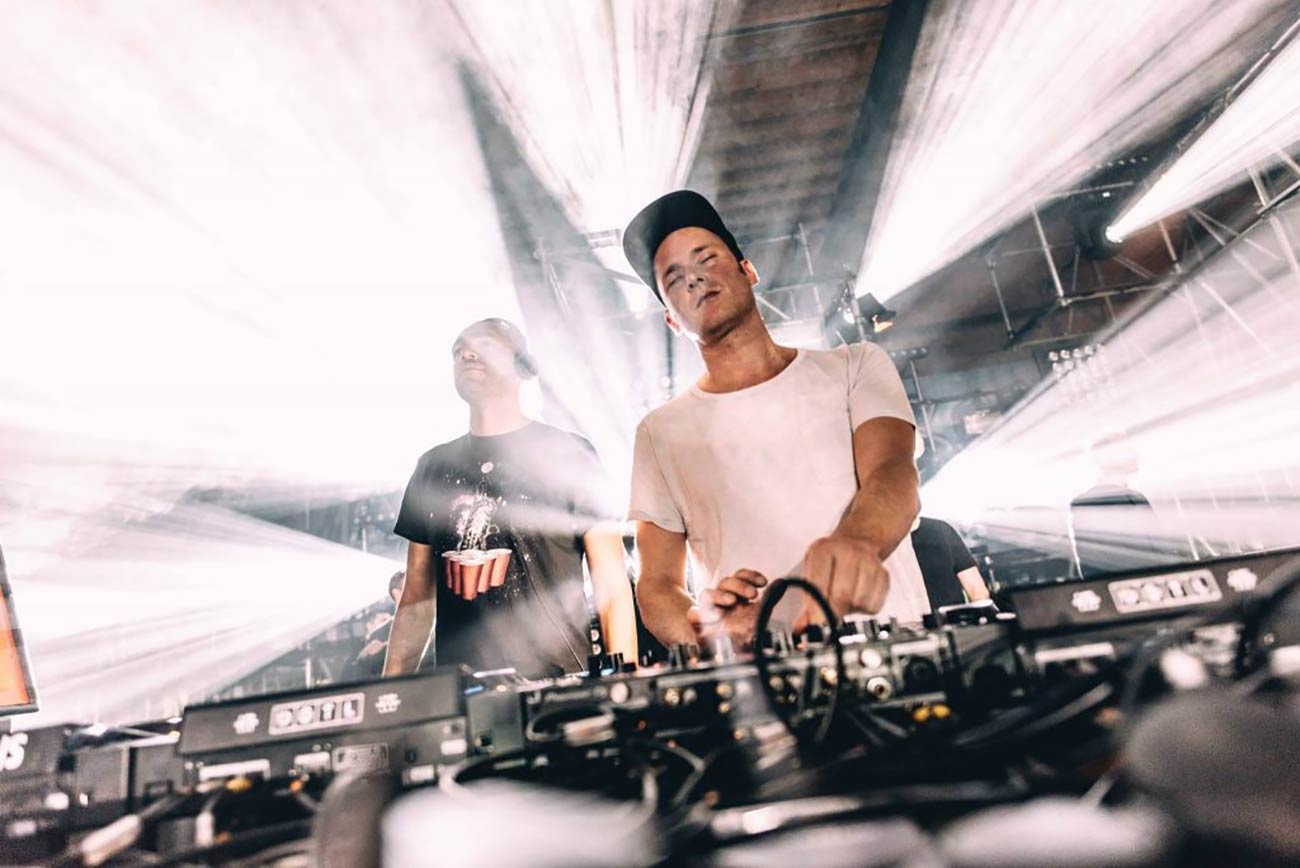 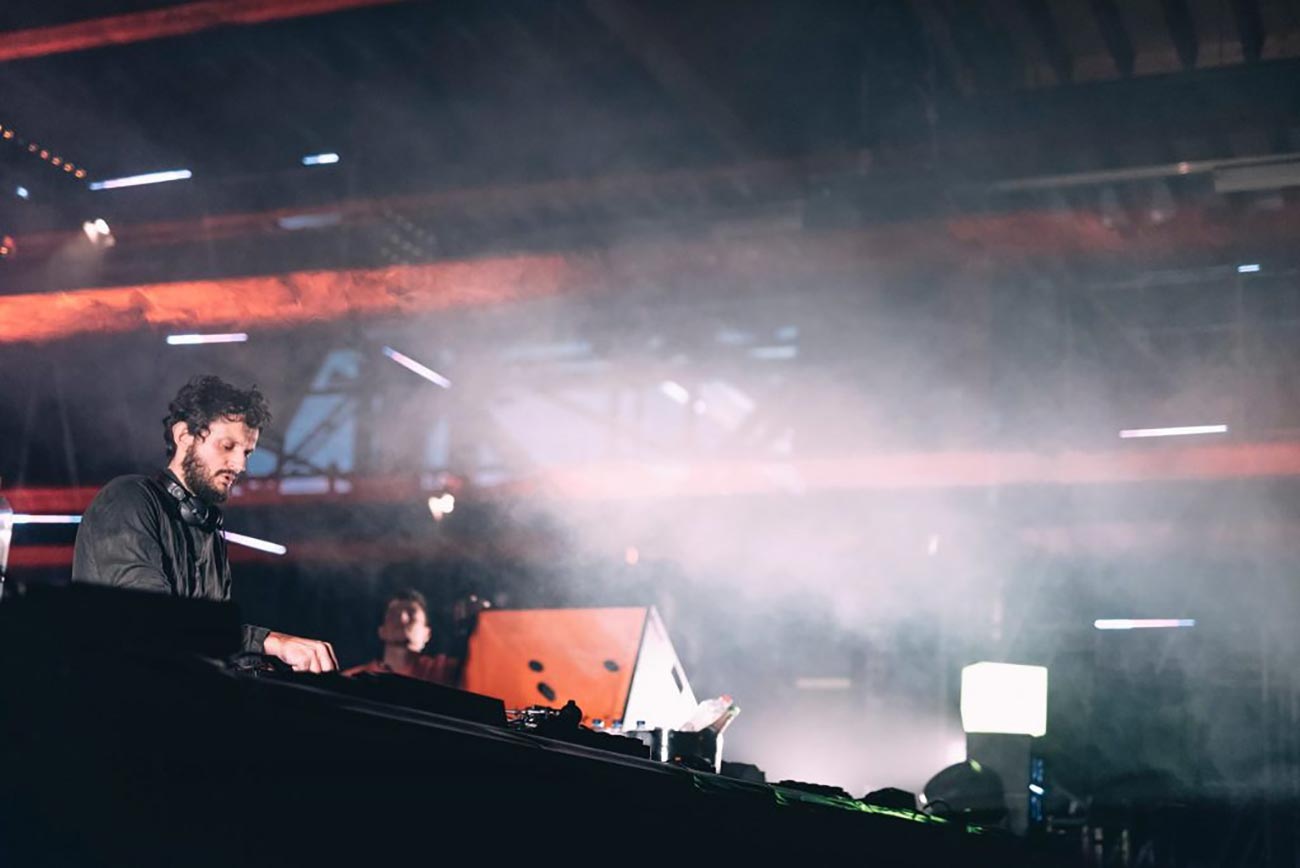 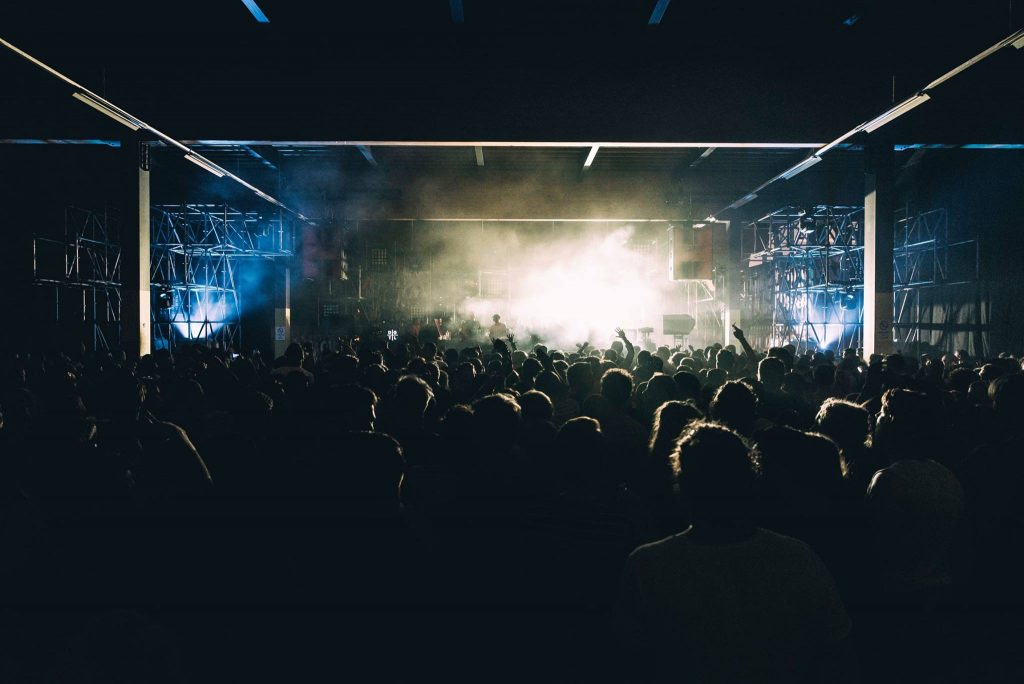 Images by Tim Buiting for DGTL 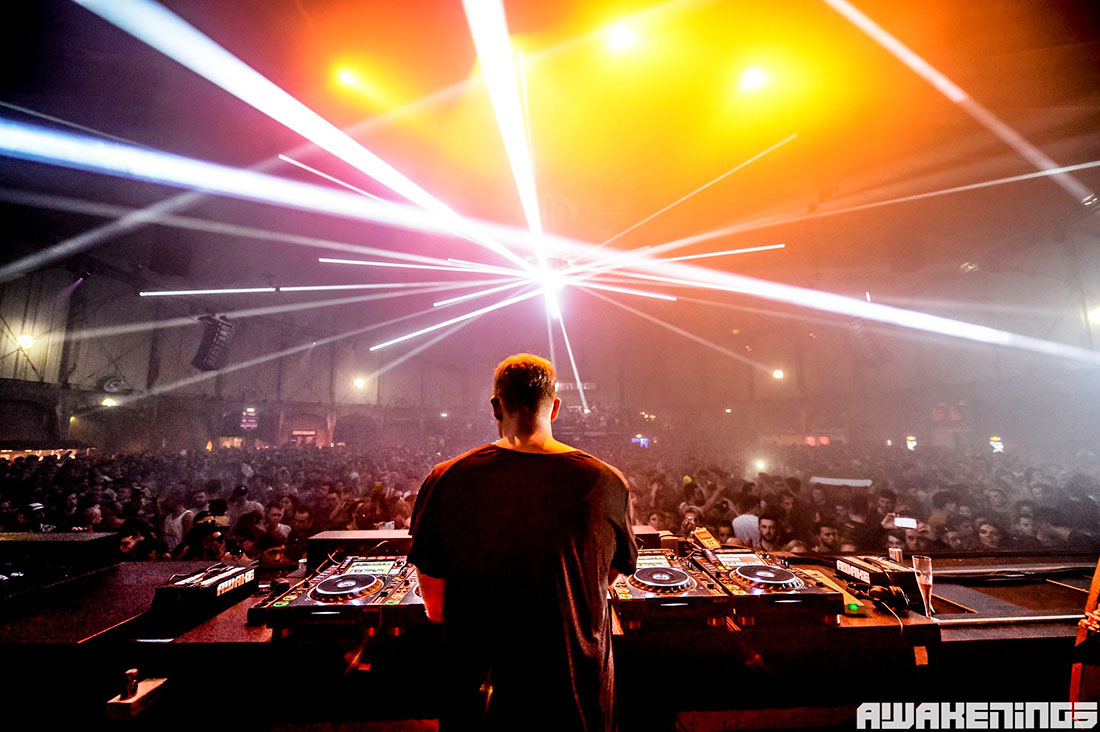 Connect with us on Instagram for more images and videos from ADE 17.