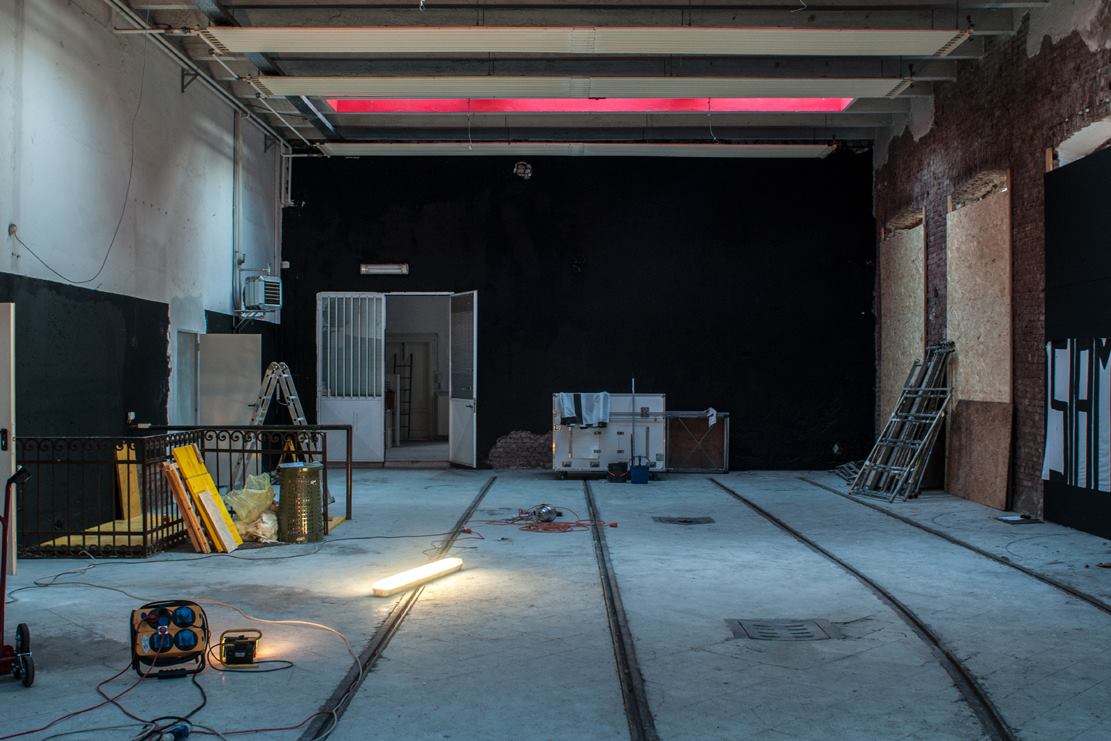 Just outside the gate of via Luigi Nono 9 one can read “Bene pubblico in fase di ristrutturazione, soggetto ad autogestione sperimentale temporanea”. [“Public good under renovation, subject to temporary experimental self-management”]. Inside, a courtyard full of decommissioned marble from the nearby Cimitero Monumentale [Monumental Cemetery] is the entrance to the building: а construction, part of the Fabbrica del Vapore, 800 square meters wide and equipped with a multipurpose space, a basement, service bathrooms and a few offices. All abandoned to neglect and, obviously unused. Luckily, this was noticed by about sixty young people coming from diverse Milanese cultural associations, the same that, during the Christmas period, have taken charge of the building by cleaning it, putting it back in order and starting to recover it in the name of culture.

In short, those who are now running the newborn Tempio del Futuro Perduto [Temple of the Lost Future], are also taking charge of the spaces in order to return them to the city institutions in good condition and suitable for hosting associations.

“The project – the organizers say – foresees a temporary experimental management of the spaces: a workshop of work, an open table for a concrete dialogue that can activate places unused today and offer it at the service of the community, guaranteeing its operation, safety and cleanliness”.

We have never been here before, outside this vast fabric space, very near to Piazza Coriolano, just across Cimitero Monumentale. As we walk through the entrance, a courtyard full of decommissioned marble from the above-mentioned Monumental Cemetery greets us. What an unusual but warm greeting.

The building towers over us, while our focus concentrates on a group of artistic decorations (photo exhibition). I remember saying to my friend “This reminds me of the artwork of Sven Marquardt.” It was the day after when we got an overwhelming feeling after we both realized that the artwork was really a product from the man himself. 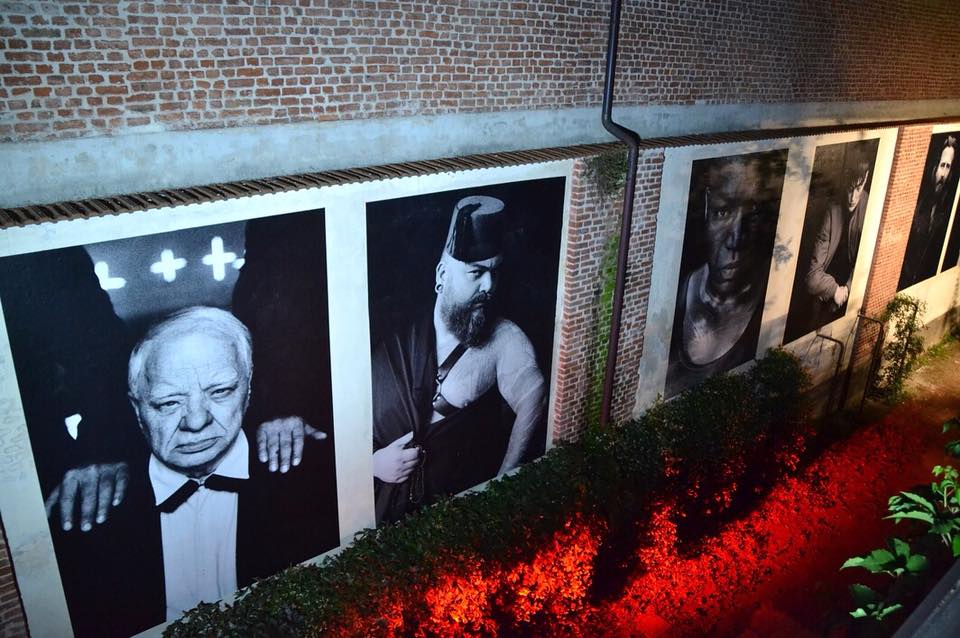 This void of enthusiasm was all around us as we were getting into this place, and one could notice the fresh, welcoming faces of the organizers and the curious attendees. There was a burst of people emerging through the music-filled ether, many of them already enjoying the atmosphere.

Once inside, the space is liberated from the rapacious world of social media. No one is on their phones, in all corners; people are actually talking to each other. The only network you need it’s inside this prodigious space. We were able to hear the sheer quality of the sound system and how it felt really good like when you don’t know the difference between the inside and outside of your head. Everything blended perfectly that night. Watching from a distance, the dance-floor moved as one body, one masterfully conducted aggregate of such different people.

Hiver was the first act of the line-up. As said by the so missed Juno Plus: “The middle ground between US and European electronic music is where the work of Hiver exists.” The music started to intensify as the minutes were passing and even though only one member of Hiver was present, he started to play much more energetic melodies in order to prepare the ground for the main act of the night – Boston 168.

In retrospective, this wasn’t the first time we were going to hear them play live. Their music has a whole new dimension and in this place one can feel connected to something bigger, a place with some other space and time. What we witnessed just contributed more to our already admirable picture of them.

“This is the best place in Milan right now” are the words I hear and I must confess it’s the absolute truth! The dancing gets tougher and again we are all in this perfectly synthesized integrity. We danced and laughed during this brilliant melodic story-telling and didn’t even pay attention to the time. We were leaving as the next performer Industiral Romantico continued to play. We are sure that he gave a wonderful finish of what already was a night to remember.

Lastly, we want to highlight the social awareness of the organization team. At this and other ones, you can easily make a contribution of 5 euros by bringing a used dress for the Opera San Francesco for the poor or a used book to giveaway to the Milanese Library Network. So far, they achieved to collect 3000 pieces of clothing intended for the poor and homeless and 2500 books collected for the library of the temple, which just gives a whole another dimension to this platform.

Finally, we went home and indulged in the unique memories of this night. We are looking forward to contribute more to this organization with wishes for success, prosperity and contentment. Thank you, Tempio del Futuro Perduto!